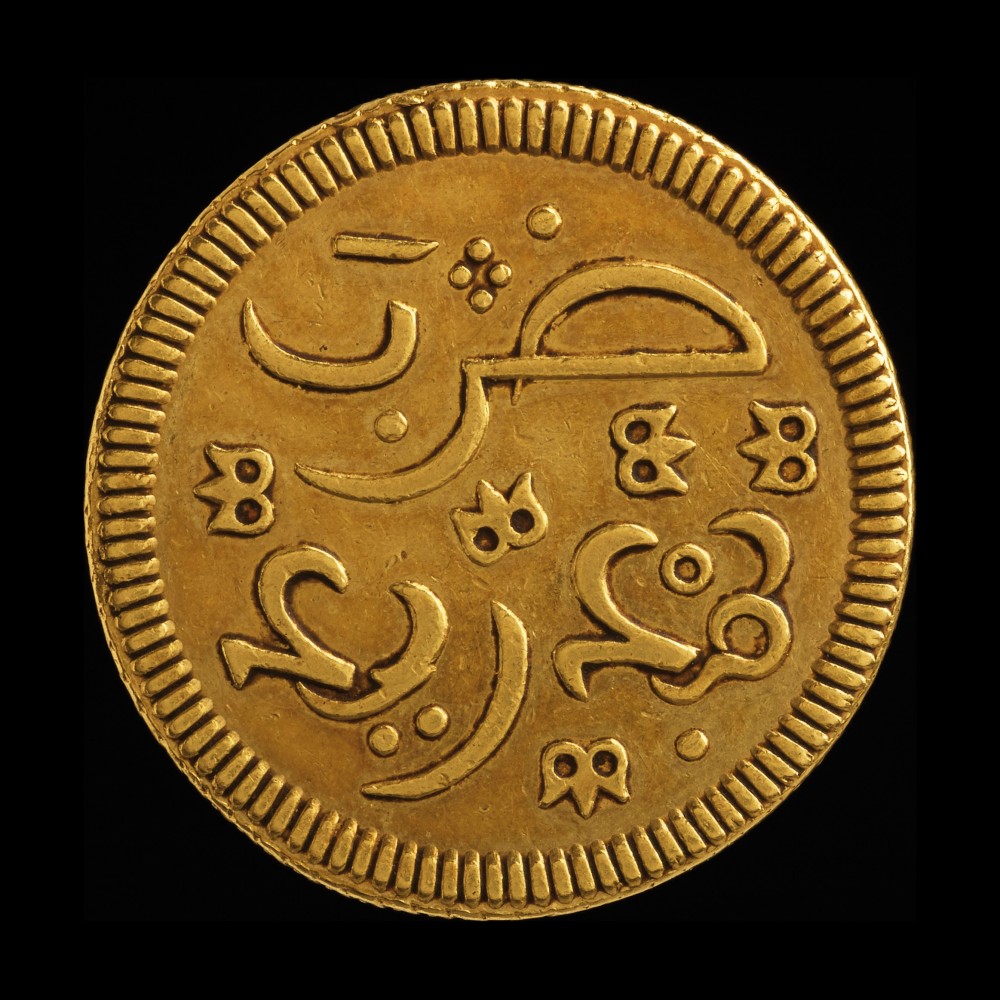 Within serrated circle: duriba/bi-Madrid (“struck in Madrid”) with fi ve fl eurons in the shape of the letter “B” in various positions 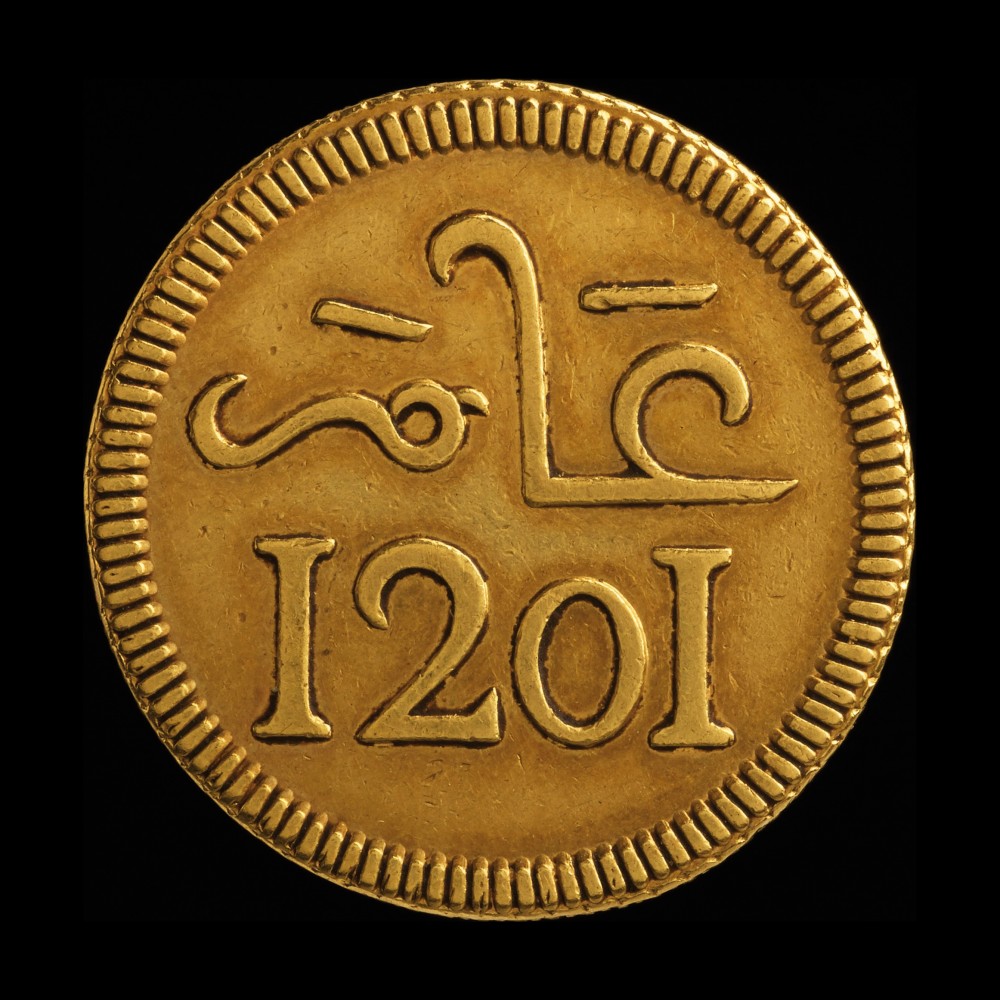 By the time of the reign of Muhammad III the Alawite coinage had fallen into near total disorder, and Morocco had submitted to foreign influence. Notably, while the words were in Arabic, the numerals were in standard European form. This extraordinarily rare gold coin was apparently intended to form the heaviest in a series of denominations in both gold and silver. As such it was a trial piece – essai – and appears to have been the only one in the series to have survived. The die-sinker in Madrid had only a sketchy idea of Arabic script, which led some to read the mint name incorrectly as a form of “Marrakush”. This caused the coin to be rejected out of hand by the Alawite court.