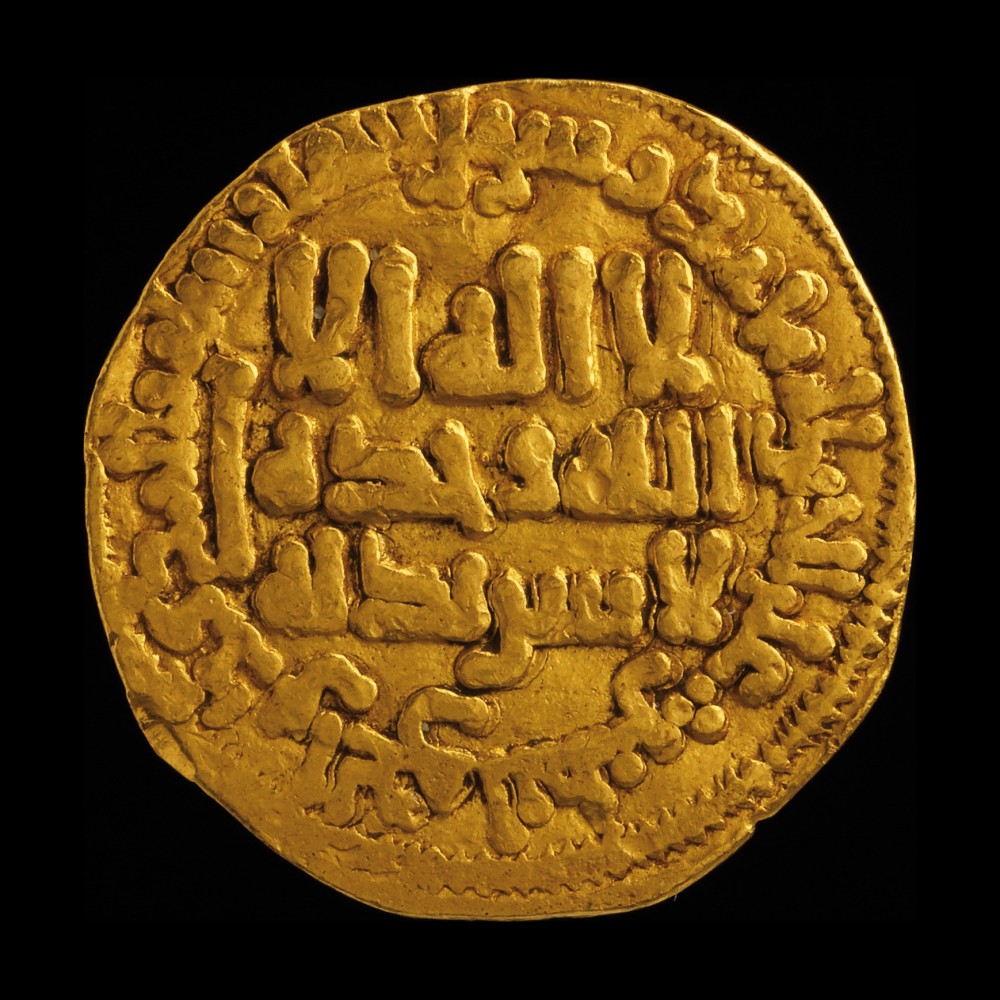 In field: la ilah illa/Allah wahda/la sharik lahu “no deity other than the One God, He has no associate”

In margin: Muhammad rasul Allah arsalahu bi’l-huda wa din al-haqq li-yuzhirahu ‘ala al-din kullihi “Muhammad is the messenger of God, who sent him with guidance and the religion of truth that he might make it supreme over all other religions” – Surah IX (al-Tauba) verse 33 (in part) 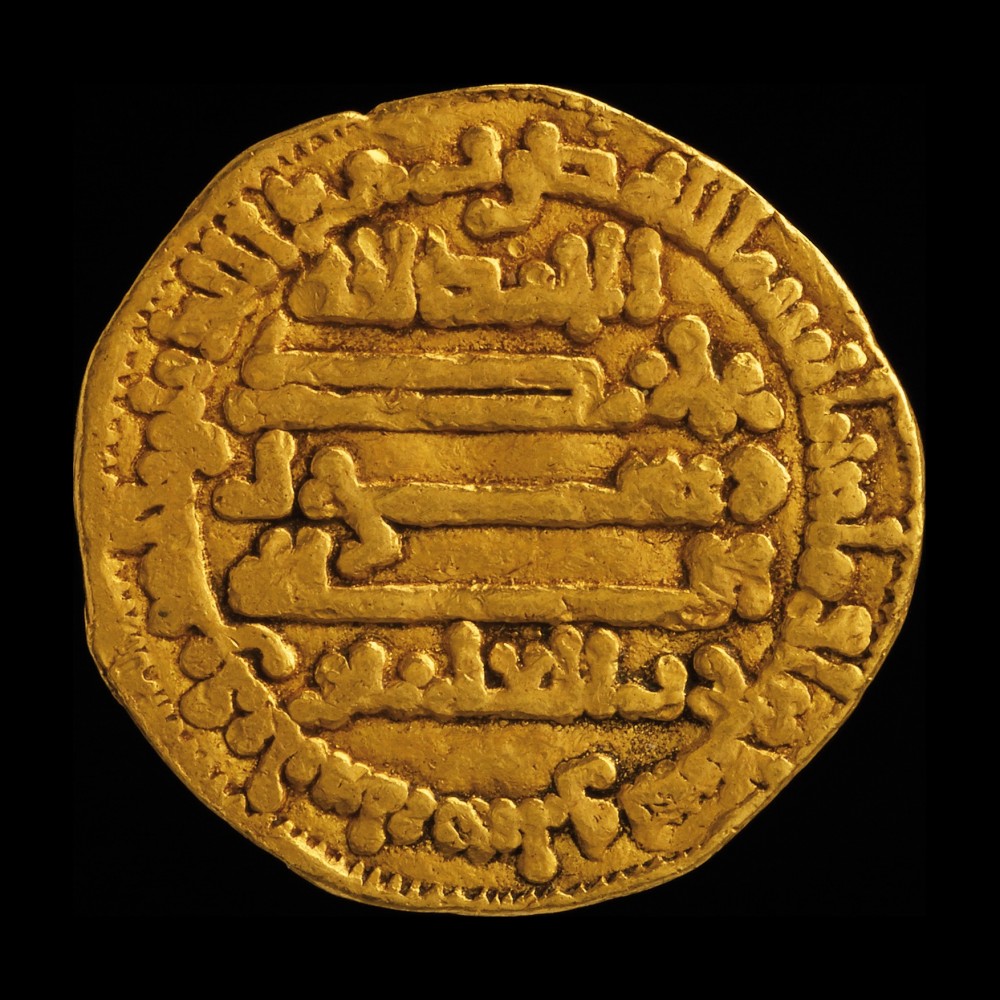 In field: al-hamdu lillah/Muhammad/rasul/Allah/rabb al-‘alamin “praise be to God, Muhammad is the messenger of God, Lord of all creation”

In margin anticlockwise from 2:00: bism Allah duriba hadha’l-dinar bi’l-Qayrawan sana sitt wa tisa’in wa mia’tayn “in the name of God this dinar was struck in al-Qayrawan year six and ninety and two hundred”

At first glance this extremely rare dinar closely resembles those of the former Aghlabid Governors of Ifriqiya, but without the Aghlabid motto ghalab (“victory”) or the ruler’s name. Another difference is that the name of the mint town is added to the reverse marginal legend. In their place are the opening words of the Holy Qur’an in Surah I, al-Fatiha (“the opening”), “praise be to God, Lord of all creation” which emphasised the conquest of Ifriqiya by al-Husayn bin Ahmad Abu ‘Abd Allah al-Shi’i. He had worked tirelessly to bring the Fatimid dynasty to power in North Africa, forming revolutionary cells in every town and city in Ifriqiya and the Maghrib. He and his Shi’ite supporters fought the Aghlabids, seizing Tubnah, the provincial capital of the Zab in 293 H/906 CE, and three years later al-Urbus, which opened their way to the capital, Kairouan. Following their overthrow the last Aghlabid governor, Ziyadat Allah III, fled to Egypt leaving Abu ‘Abd Allah as the most powerful political figure in the region. His position was short-lived, however, because the Fatimid al-Mahdi sought to destroy him, and had him executed in Dhu’l-Hijja 298/July 911. Among the reasons for al-Mahdi’s hostility was that Abu ‘Abd Allah sent him his gold dinars, such as this one, before al-Mahdi was proclaimed ruler in Ifriqiya, which, even though they did not bear Abu ‘Abd Allah’s name or that of any ruler, al-Mahdi would have considered to have usurped his position.