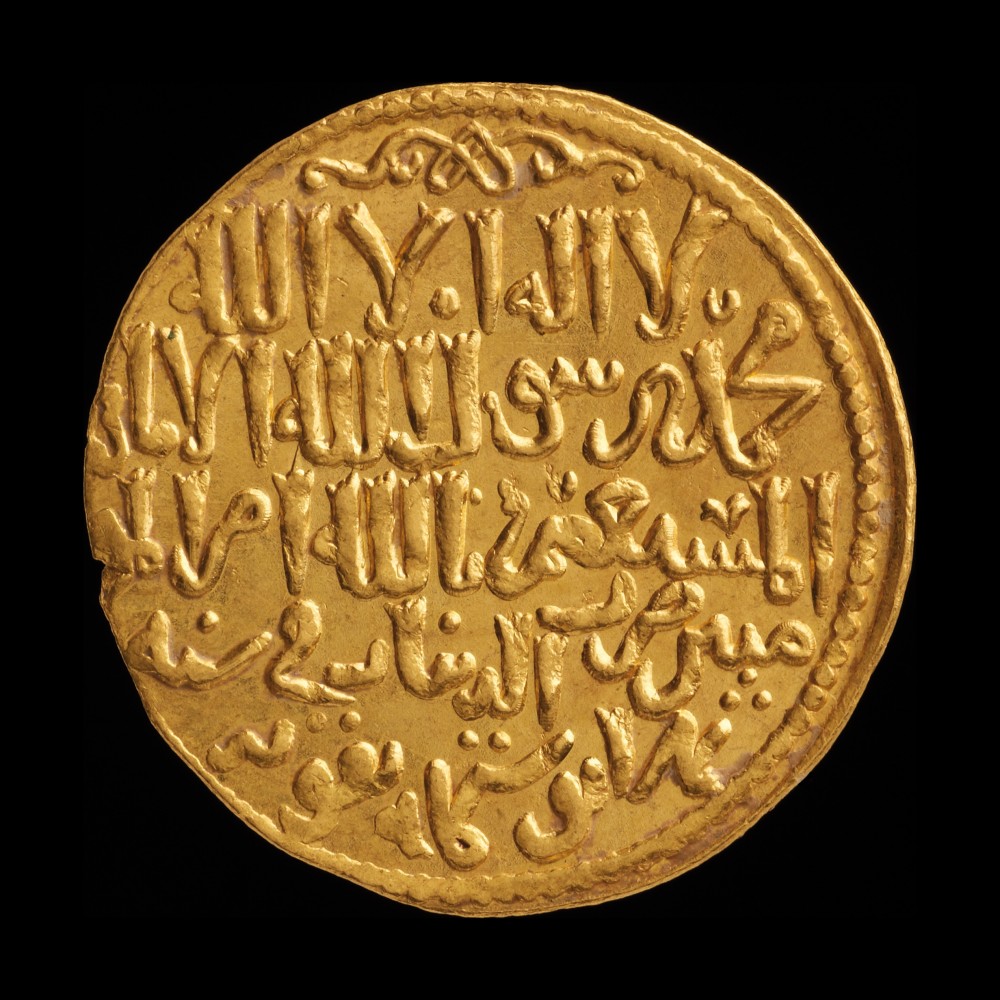 Above: knotted arabesque ornament; la ilah illa Allah/Muhammad rasul Allah al-Imam/al-Musta‘sim billah amir al-mu/‘minin darb al-dinar fi sana 8 40 (in diwani numerals)/sitt mi’a (648) bi-Qunya “no deity other than God, Muhammad is the messenger of God, the imam al-Musta‘sim billah commander of the faithful, this dinar was struck in the year (648) in Qunya” 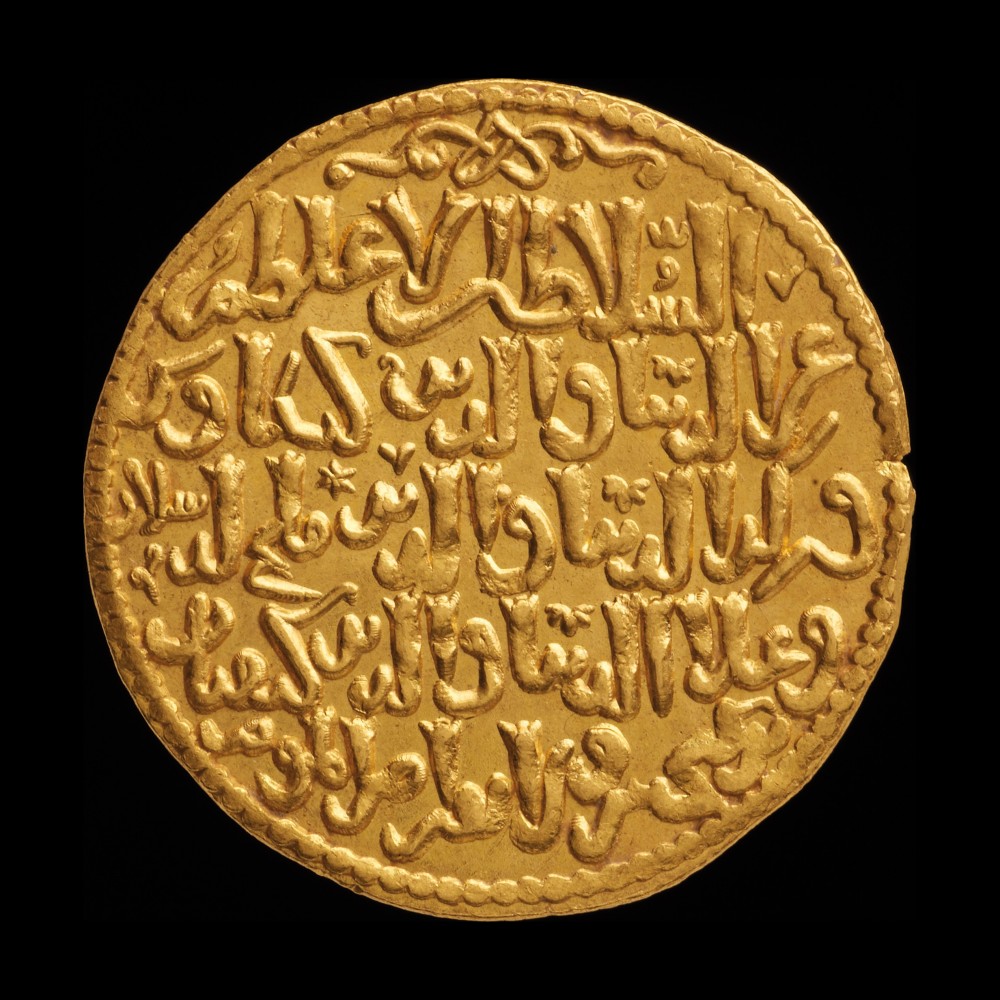 After the death of Kaykhusraw II two of his sons, ‘Izz al-din Kayka’us II and Rukn al-din Qilij Arslan IV, claimed the throne, but this potential conflict did not please the Mongol Great Khan Güyük, who wished to restore order in Anatolia by making all three sons of Kaykhusraw II joint rulers. This remarkable solution to the succession struggle lasted for eight years, first during the reign of the Great Khan Möngke and then of the Ilkhan Hulagu. The Mongols did not rule the Rum Saljuqs directly, but they made sure that they did not create disorder on the western edge of their dominions. The rule of the three brothers was marked by plotting and intrigue among mercenaries who constantly transferred their allegiance from one brother to another. When the Byzantine Emperor, Michael VIII Paleologus, sought refuge in Konya with Kaykawus, and was appointed commander of his Christian mercenaries, doubts arose about Kaykawus’s Islamic faith, particularly as his mother was a Christian. Seizing the opportunity Qilij Arslan had his brother cast into prison. However, the Mongol leader Batu ordered Qilij Arslan to release Kayka’us, and the youngest of the three brothers, ‘Ala al-din Kayqubad II, was sent off to placate Batu. It is believed that the young man died on his way home, as no more is heard of him. This beautiful and rare dinar describes the three brothers as “The Supreme Sultans” and includes the name of the Abbasid caliph al-Musta‘sim, but makes no mention of the Rum Saljuqs’ Mongol masters.