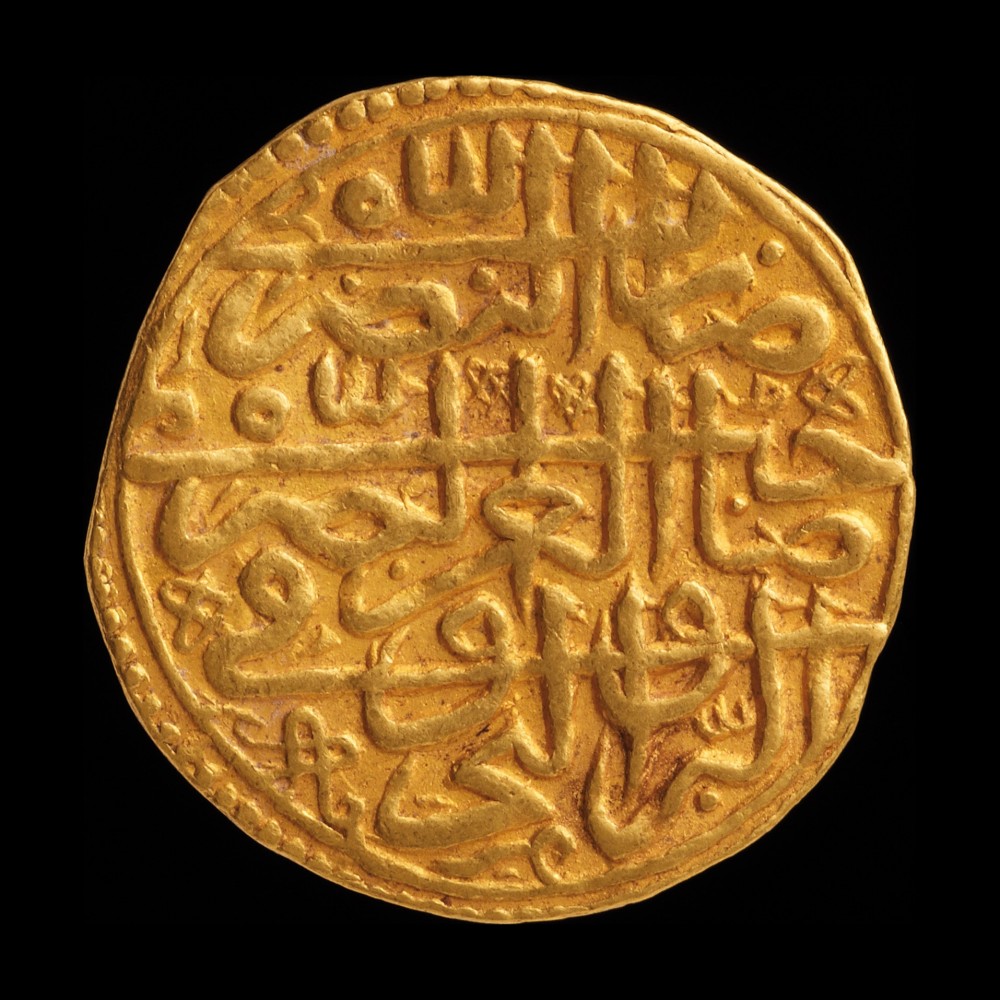 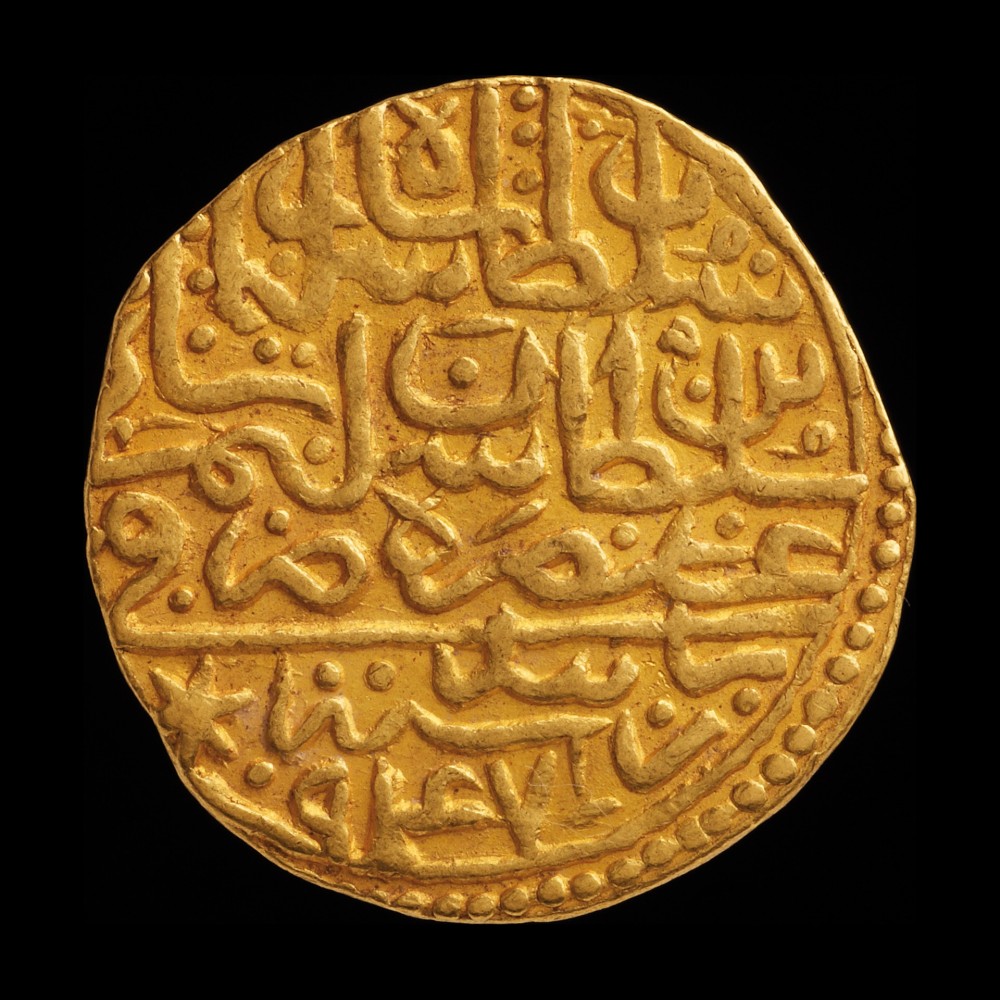 This highly artistic gold coin is a testimony to the first Ottoman occupation of the Yemen, which was a bi-product of their Red Sea trade with India and the Persian Gulf. Ottoman interest in the region began after Salim I conquered Egypt in 922 H/1516 CE. Mamluk Egypt had close contacts with the Yemen, and the new Ottoman administration that replaced the Mamluks took over this interest. They were encouraged when they were informed that the province of the Yemen was flourishing, had abundant revenues and that Zabid alone yielded 180,000 gold ashrafis a year. In 930 H/1523 CE the Ottomans seized Zabid, and shortly thereafter they began to strike silver medinis, the coinage of Mamluk Egypt. Later, by the time this coin was issued, the common silver was the Ottoman aqcha, which the Ottoman troops were accustomed to receiving as their pay. Gold coinage, such as this, is rarely encountered, largely because trade was conducted in Ottoman gold from Egypt and, like the Egyptian coinage of this time, was dated by the actual year of striking rather than by Sulayman’s fixed accession year, 926 H.