Giray Khans of the Crimea 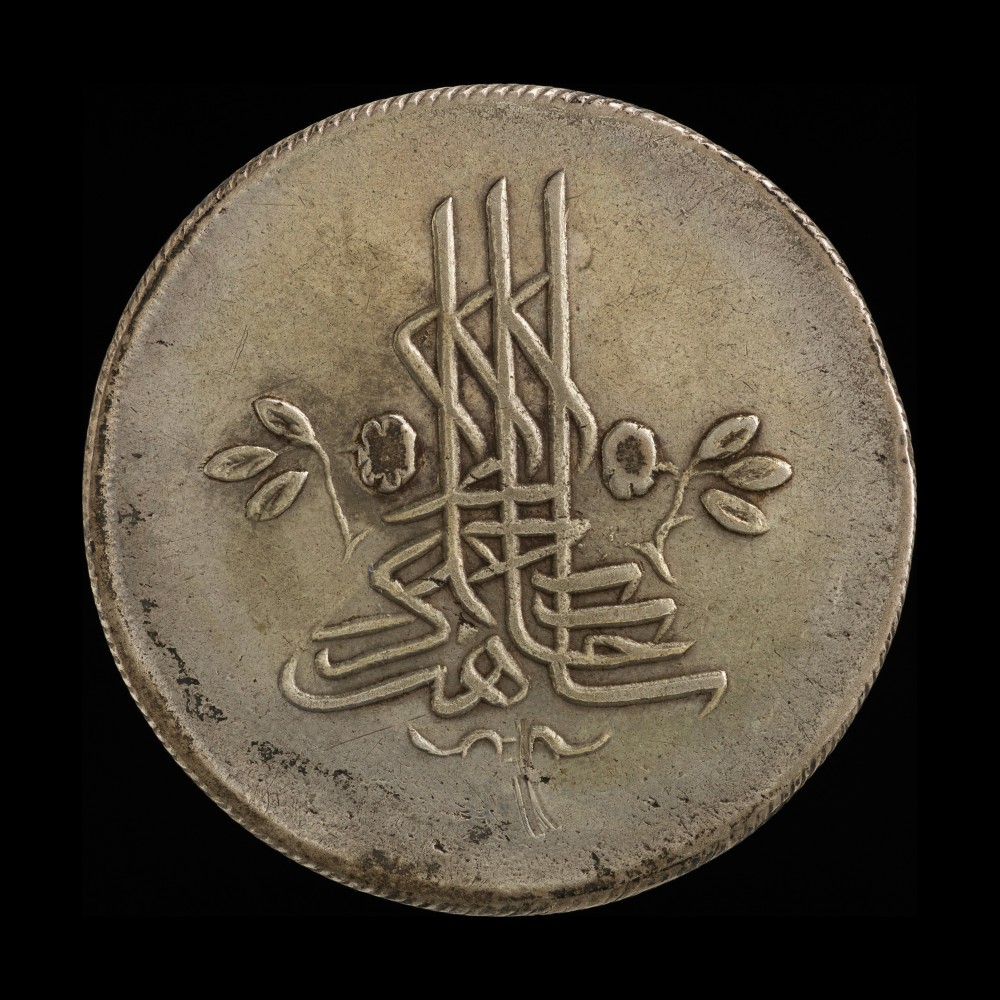 In the form of a tughra: Shahin Khan bin Ahmad Giray with flower and three leaves to right and left 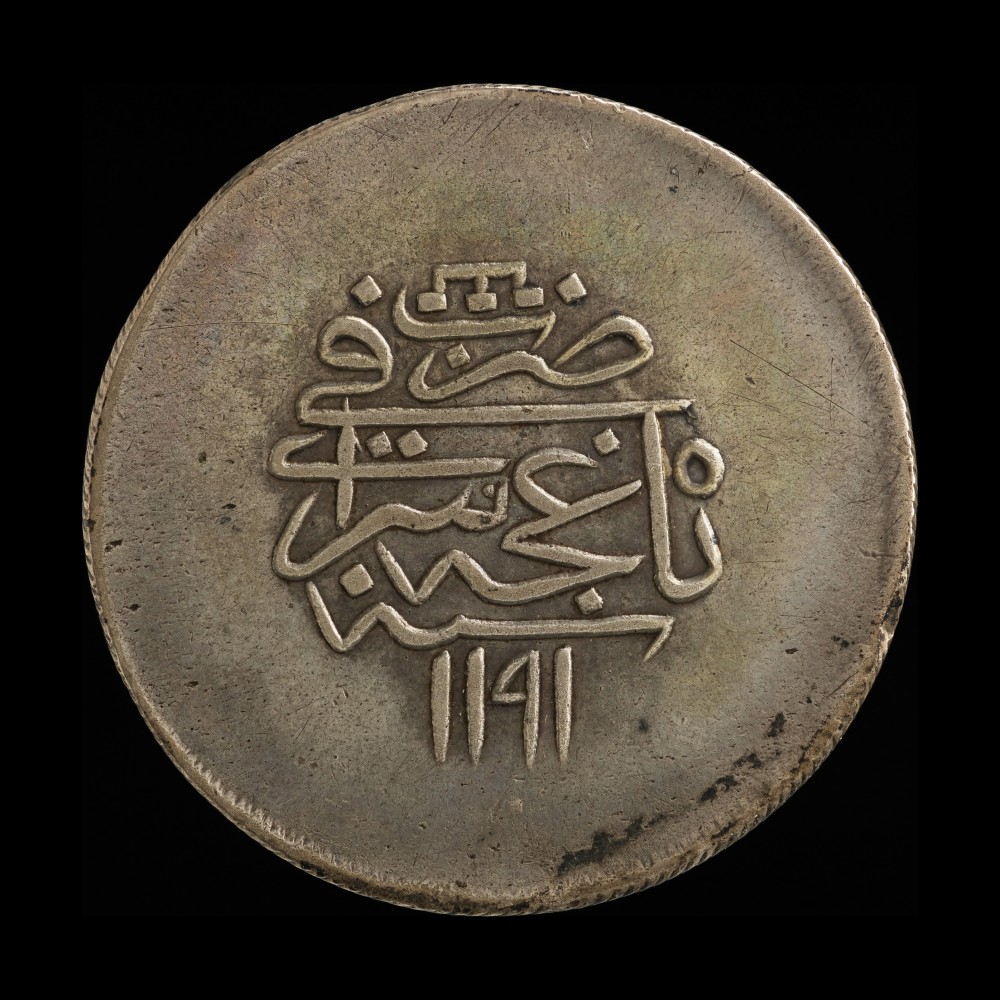 This is a very rare large silver forty para, or qurush piece, struck in the name of Shahin Giray, the last independent Khan of the Crimea. Shahin was both a product of European civilisation and a victim of imperialism. Since his mother was Saliha Sultan, a daughter of Sultan Ahmad III, whose reign marked one of the high points in Ottoman civilisation, it is hardly surprising that he was an unusually well educated man. He was born in Edirne in Thrace, studied in Greece and Venice, and spoke Crimean Tatar, Ottoman Turkish, Greek and Italian. When he was twenty years old he was called back to the Crimea to be installed as the commander of the Nogay Horde. He had to contend with the Russians’ designs on the Crimea. They sought an alliance against the Ottomans with the Khan Salim Giray, but this proposal was declined, whereupon the Russians launched a surprise attack on the Crimea. Shahin was then sent to sue for peace and met Catherine the Great in St. Petersburg. She described him as “the most gentle Tatar I have ever seen …He wants to see and learn everything”. In 1190 H/1776 CE Shahin succeeded as Khan and began a programme of rebuilding the Khanate, and this coin is evidence of his efforts at modernisation. However, his reign was only a short one, because he was persuaded to incorporate the Crimea into the Russian Empire. He moved to St. Petersburg, where he was kept under house arrest, but was later permitted to return to Edirne. The Ottoman authorities, fearing that he might challenge the imperial throne, placed him under arrest, and moved him first to Constantinople and then to Rhodes where he was executed in 1197/1778.