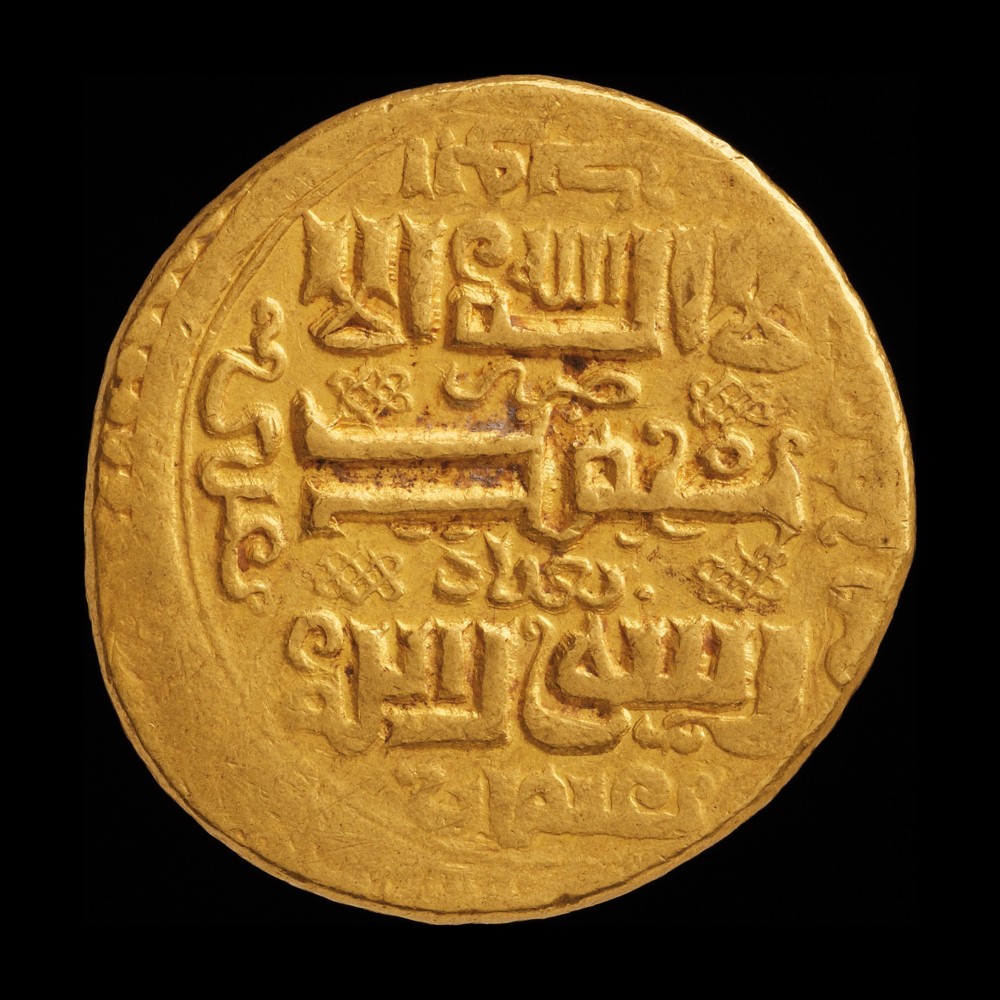 In field: la ilah illa Allah/Muhammad/rasul Allah, between the first and second lines darb and between the second and third lines Baghdad “no deity other than God, Muhammad is the messenger of God struck Baghdad” clockwise from 12:00 the names of the Four Orthodox Caliphs, Abu Bakr, at 3:00 ‘Umar, at 6:00 ‘Uthman, at 9:00 ‘Ali 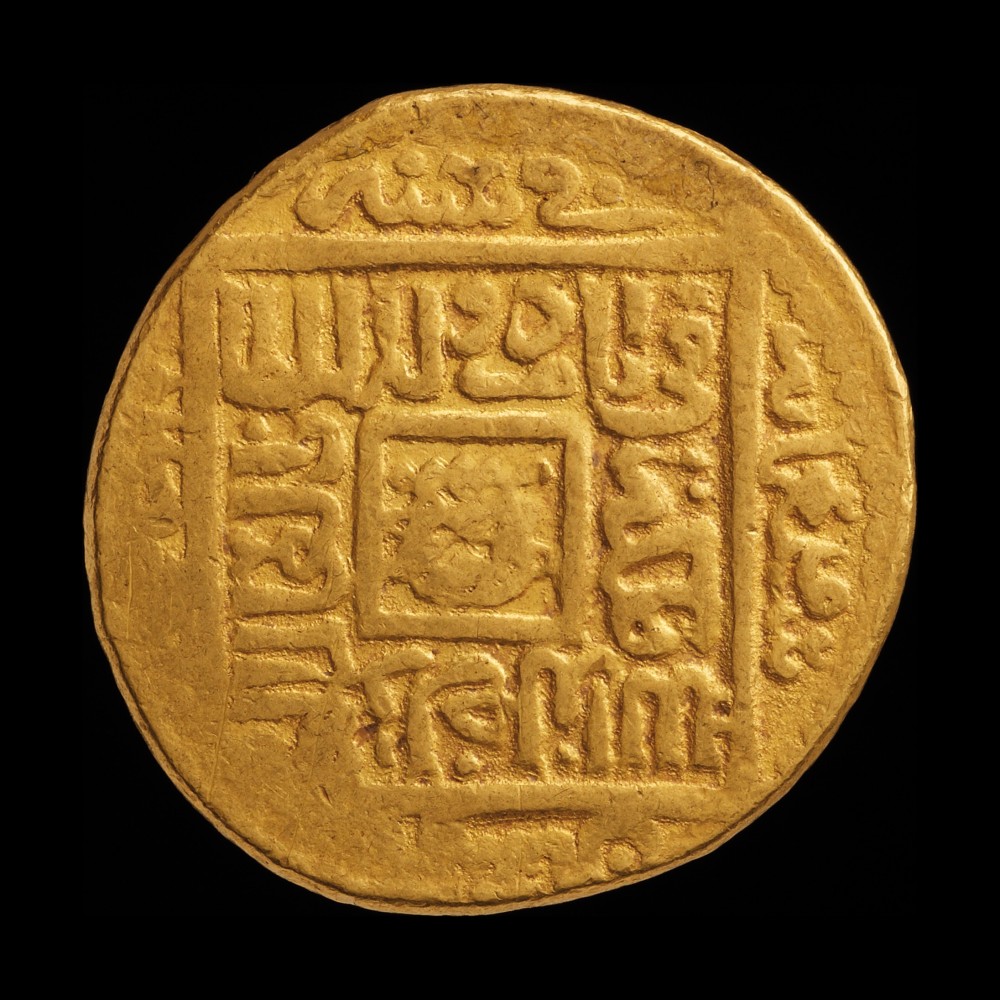 Around within a linear square: fi ayyam al-dawla sultan/al-‘alim/al-‘adil/khallada Allah/mulkahu “in the days of prosperity of the wise, just Sultan, may God perpetuate his rule”

After the death of the last of the great Ilkhans, Abu Sa‘id Bahadur Khan, in 736 H/1335 CE, Hasan Buzurg, the leader of the Jalayirids, claimed independence in Baghdad, although he continued to recognise the last ephemeral Ilkhan rulers on his coinage until 747 H/1346 CE, during the reign of Taghay Timur. Hasan Buzurg’s name means Hasan “The Great”, to distinguish him from the Amir Choban’s grandson Küchük Hasan ibn Timurtash, “Small” Hasan”. The Chobanid governors of Anatolia, led by Küchük Hasan, and then by his successor Malik Ashraf, continued their struggle against the Jalayirids, but could not dislodge Hasan Buzurg from Baghdad. Hasan Buzurg was able to seize the provinces of Isfahan, Kirman, Yazd and Shiraz, all of which had owed allegiance to the Chobanids. Ashraf was finally overthrown by Jani Beg , the son of Özbeg, now Sultan of the Golden Horde, in 758/1356. Hasan Buzurg’s son, Shaykh Uways, then succeeded in annexing the province of Azerbaijan in 761/1360 and brought Fars, which was in the hands of the Muzaffarids of southern and western Iran, under his control four years later. This gold dinar was struck in Baghdad by Hasan Buzurg, who proclaims his Sunni beliefs with the names of the Four Orthodox Caliphs on the obverse. He did not inscribe his own name clearly, but placed it in his tughra, which probably reads Shaykh Hasan, in the centre of the reverse. The Jalayirid rulers struck their silver coinage at many mints, but only issued gold dinars in their capital, Baghdad. These resembled the later Ilkhan coinage in their designs and legends.