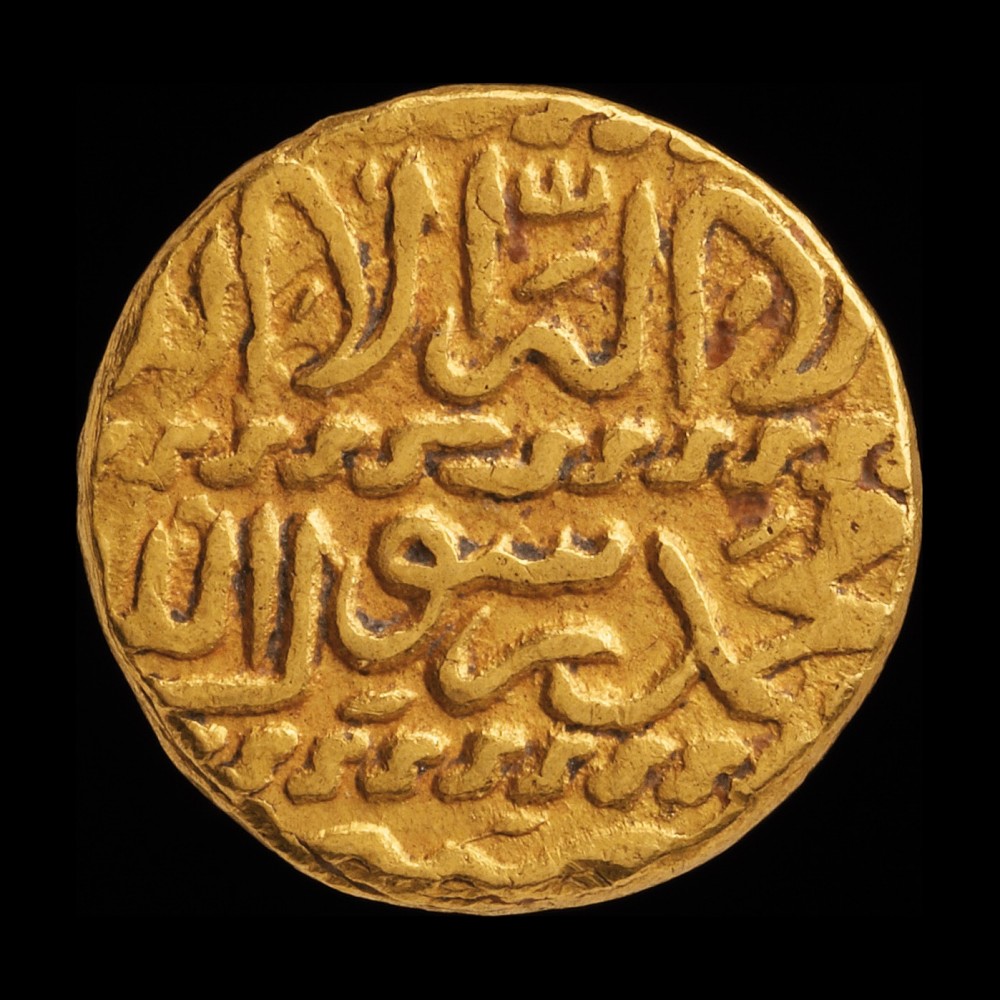 Divided by cables to right: la ilah illa Allah/Muhammad rasul Allah “no deity other than God, Muhammad is the messenger of God”

The Aq Qoyunlu (“White Sheep”) originally came from north-central Anatolia. They were a much longer lived dynasty than their predecessors, the Qara Qoyunlu (“Black Sheep”), lasting from 780 until 914 H/1378-1508 CE. For many years they hoped to expand eastwards, but the Qara Qoyunlu prevented them from doing so. Finally, in 872/1467, the greatest of the Aq Qoyunlu rulers, Uzun Hasan (“Hasan the Great”), overthrew the Qara Qoyunlus, and annexed their territories. He also expelled the Timurids from central Iran and went on to occupy the entire country apart from Khurasan and Sistan, and Iraq as far as the Gulf. Uzun Hasan moved his capital from Amid (Diyarbakir) to Tabriz, a city that had been the centre of power for the Qara Qoyunlu, the Ilkhans and the Jalayirids. Of the many minor dynasties that sprang up in the east after the collapse of the Ilkhans, only the Jalayirids, the Qara Qoyunlu, the Aq Qoyunlu and the Qaramanids in Central Anatolia issued gold coins. It is likely that the striking of gold was actively discouraged in the areas conquered by Timur, for it was only well after the death of his son Shah Rukh that Uzun Hasan began to strike gold coins. The Aq Qoyunlu continued to strike gold ashrafis until 905 H/ 1500 CE and this very rare example is among the last of its kind. They copied the weight and design of the Burji Mamluk ashrafi that was introduced by al-Ashraf Barsbay in 829/1425-1426. This denomination had by now become the standard gold coin in the central Muslim world, and the similarity of its style and weight within such a wide area may be considered a late mediæval example of a ‘monetary union’. Even more so because the ashrafi originally copied the weight of the Venetian ducat.