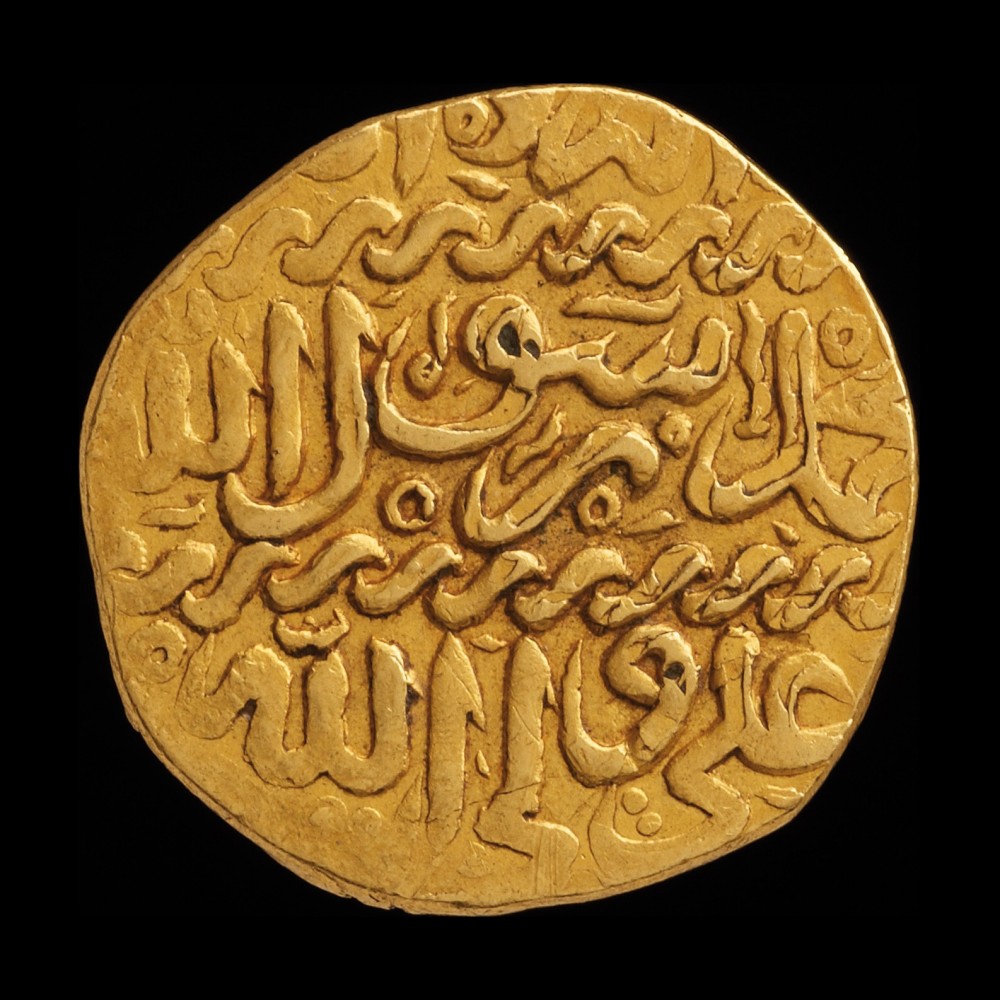 In field divided by cables to right (partly off flan) the Shi’a kalima: la ilah illa Allah/Muhammad rasul Allah/‘Ali wali Allah “no deity other than God, Muhammad is the messenger of God, ‘Ali is the chosen one of God” 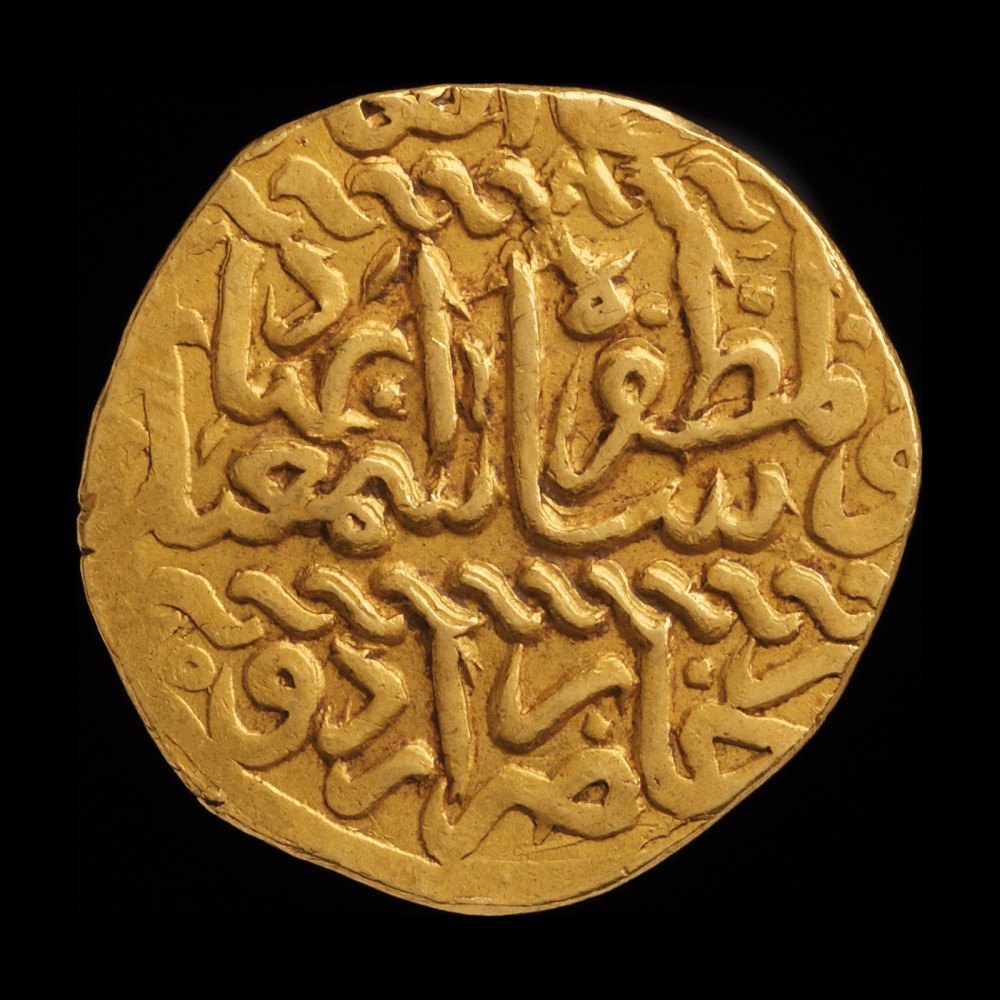 Shah Isma‘il bin Haydar, who became the leader of the Safawids in 907 H/1501 CE, was a passionate Shi‘ite who believed that ‘Ali was a manifestation of God. He claimed that he himself was a descendant of ‘Ali and Fatima, and that he had come into the world at ‘Ali’s behest and was therefore a “god-king”. This was at a time when war, anarchy, bandits, plagues and famine in Iran had given rise to the belief that the return of the Mahdi was imminent. By winning support through an extensive propaganda campaign, Isma‘il transformed the Safawid sect into a powerful political force. With the support of his followers and the Shi‘a Türkmen Kizilbash (“Red Heads”) Isma‘il seized Azerbaijan from the last of the Aq Qoyunlus in 907 H/1501 CE. He then captured Tabriz, which had been the Aq Qoyunlu capital since the days of Uzun Hasan, as well as the Aq Qoyunlu territories in eastern Anatolia. Within ten years Isma‘il had brought all of Iran under his control. This very rare gold ashrafi, the earliest Safawid coinage, follows the design of the Aq Qoyunlu ashrafi which was, in turn, a copy of the contemporary Burji Mamluk ashrafi of Egypt and Syria, the most popular Islamic gold coin of the time. It is likely that the piece was issued while Shah Isma‘il was campaigning against the Aq Qoyunlu, because it was struck by the travelling mint, Urdu, meaning “army”. The coin’s flan was too small to accommodate all the legends, which include the Shi’a kalima ‘Ali wali Allah (“Ali is the chosen one of God”). After this issue Shah Isma’il introduced a distinctively Safawid style of coinage which fully expressed his Shi’a sympathies.