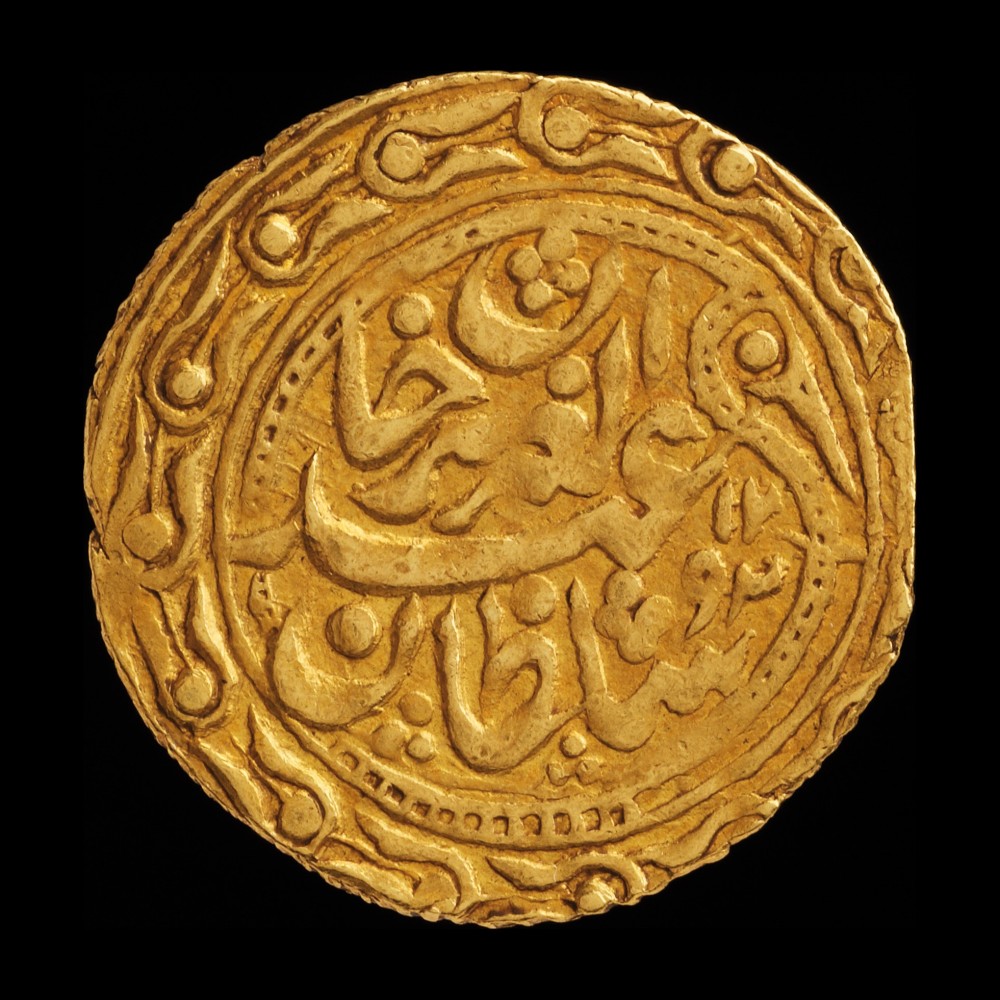 In field within a ring border: Sultan ‘Abd al-‘Aziz Khan 1292

In margin: a circle of tulips 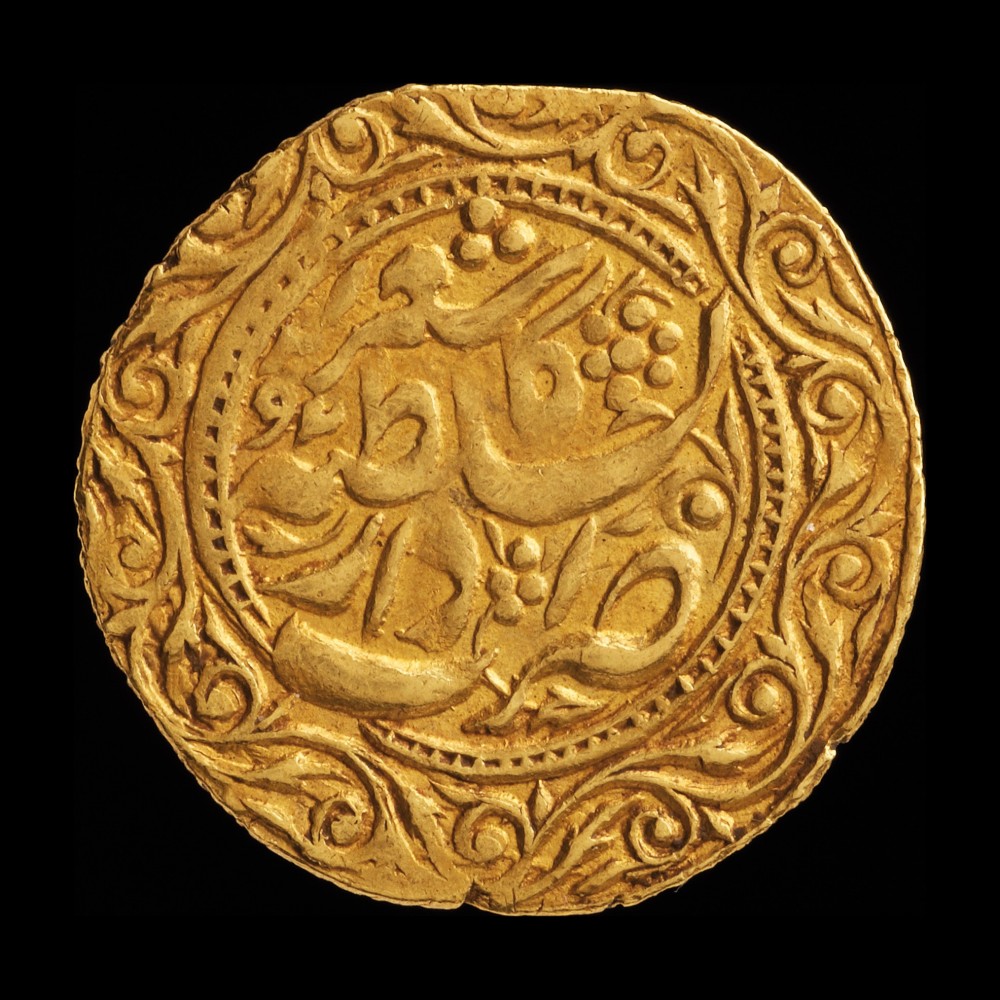 Ya’qub Beg was a typical central Asian adventurer whose claim to the right ancestry, in this case through Timur, plus pluck and luck, carried the brave to power and fortune. Supported by his brother-in-law, the governor of Tashkent, he joined the Khoqand army and became the defender of Aq Masjid, which was lost to the Russians in 1270 H/1853 CE, and Chimkend in 1280/1864. The ruler of Khoqand then sent him to Kashgar where he seized control of the southern part of eastern Turkestan, for which the Amir of Bukhara gave him the title Ataliq Ghazi. In 1287 H/1870 CE he captured Urumchi and the rest of eastern Turkestan, but found himself between two hostile empires, Russia to the north and west and China to the east. When he asked the Ottomans, the premier Sunni power in the Muslim world, to buttress his position, ‘Abd al-’Aziz named him Amir of Kashgar, sent him a standard and a military band, two cannon and some gold. In return Ya’qub Beg recognised him as his overlord on the coinage which was a close copy of that struck in Khoqand. Ya’qub died of causes unknown in 1294 H/1877 CE.