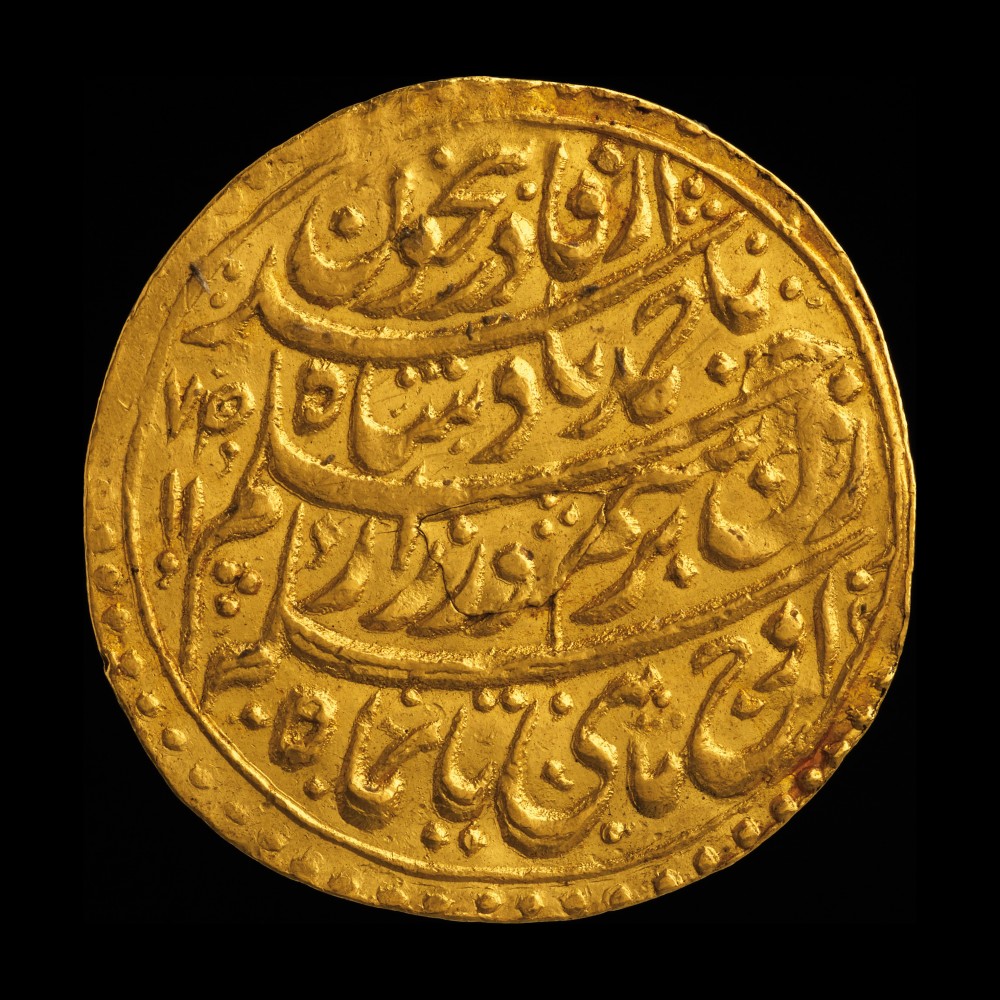 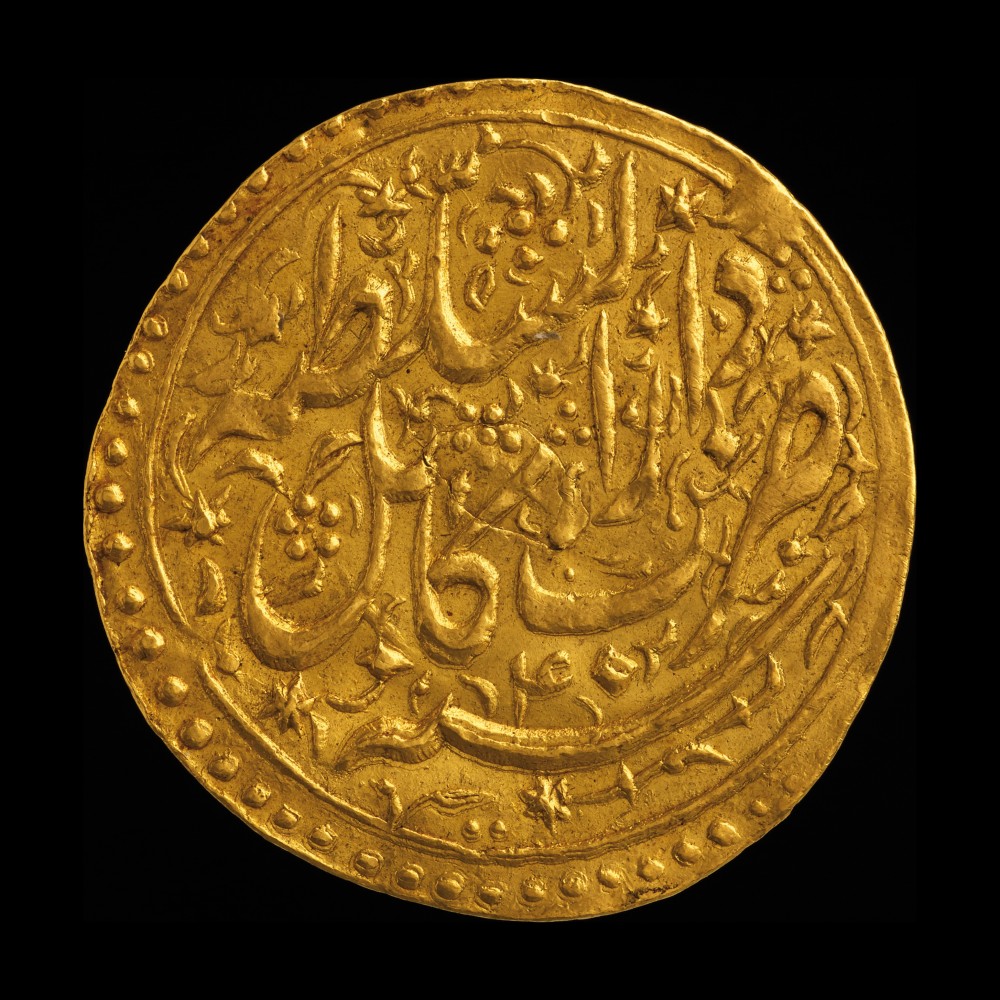 In field: darb Dar al-Saltinat Kabul sanat 14 with groups of pellets interspersed among the legend

During the last years of Safawid rule the Afghan warriors began to play an increasingly important military rôle in the political life of Iran. Many of them accompanied Nadir Shah Afshari on his campaign into India in 1150-1151 H/1737-1738 CE, when he overcame the Mughals and sacked Dihli. Among his followers was Ahmad Khan of the Sadozay clan of the Abdalis, who may be called the founder of the state of Afghanistan. He quickly rose to a position of command and, after the assassination of Nadir Shah in 1160 H/1747 CE, was elected by the Afghan soldiers to be their ruler with the style and titles “Ahmad Shah, Padishah, Durr-i Durran” (meaning “Pearl of Pearls”). His aim was to consolidate his power in Afghanistan, taking advantage of the anarchic situation in India by claiming the lands that had been conquered by Nadir Shah, and providing employment for his followers. Ahmad Shah struck an abundant coinage of gold muhurs and silver rupis in the important cities that he conquered in India as well as Afghanistan. His special broad flan nazarana coinage, such as this, is known from both Kabul and Shahjahanabad (Dihli) and was intended for distribution to his military commanders and civil officials. Most of these were mounted for suspension for display as marks of royal favour, but this exceptionally rare example escaped this fate.