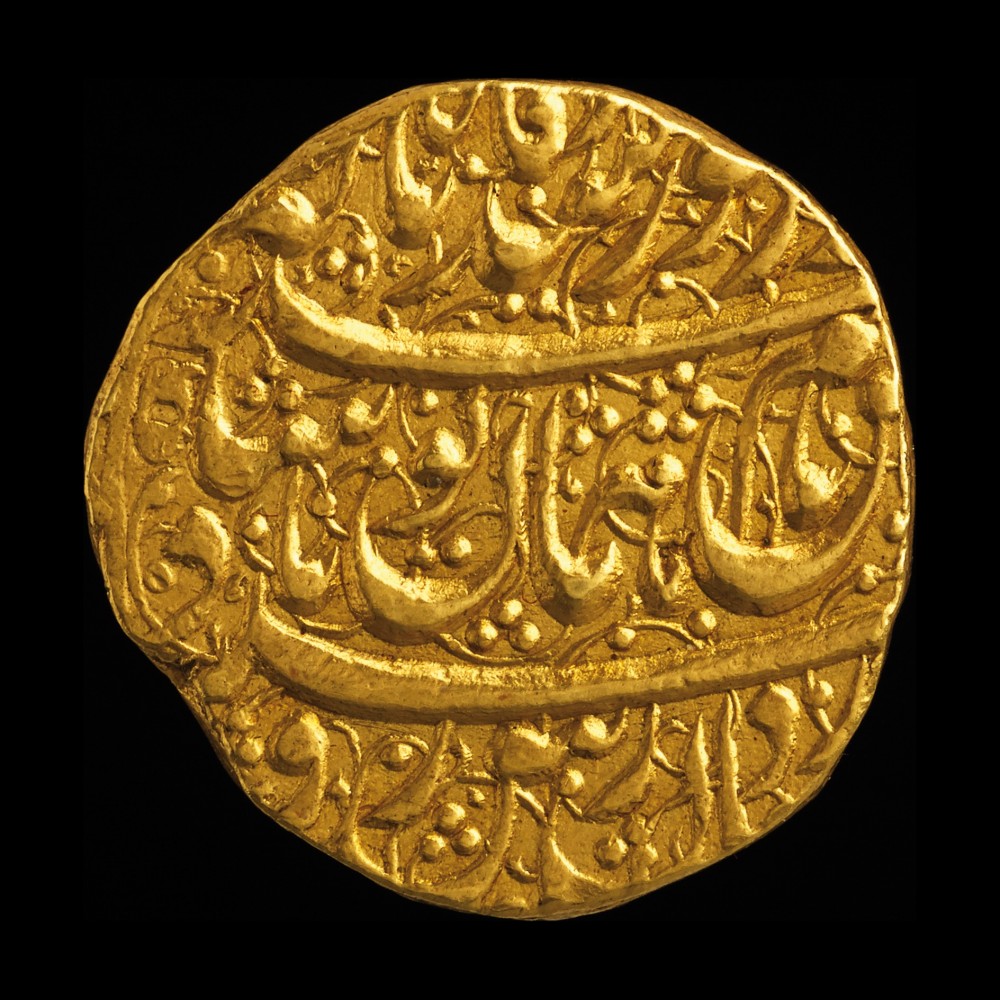 The couplet is along these lines: “Silver and gold in the world became brighter than the sun and moon so long as it bore the name of Humayun padishah” 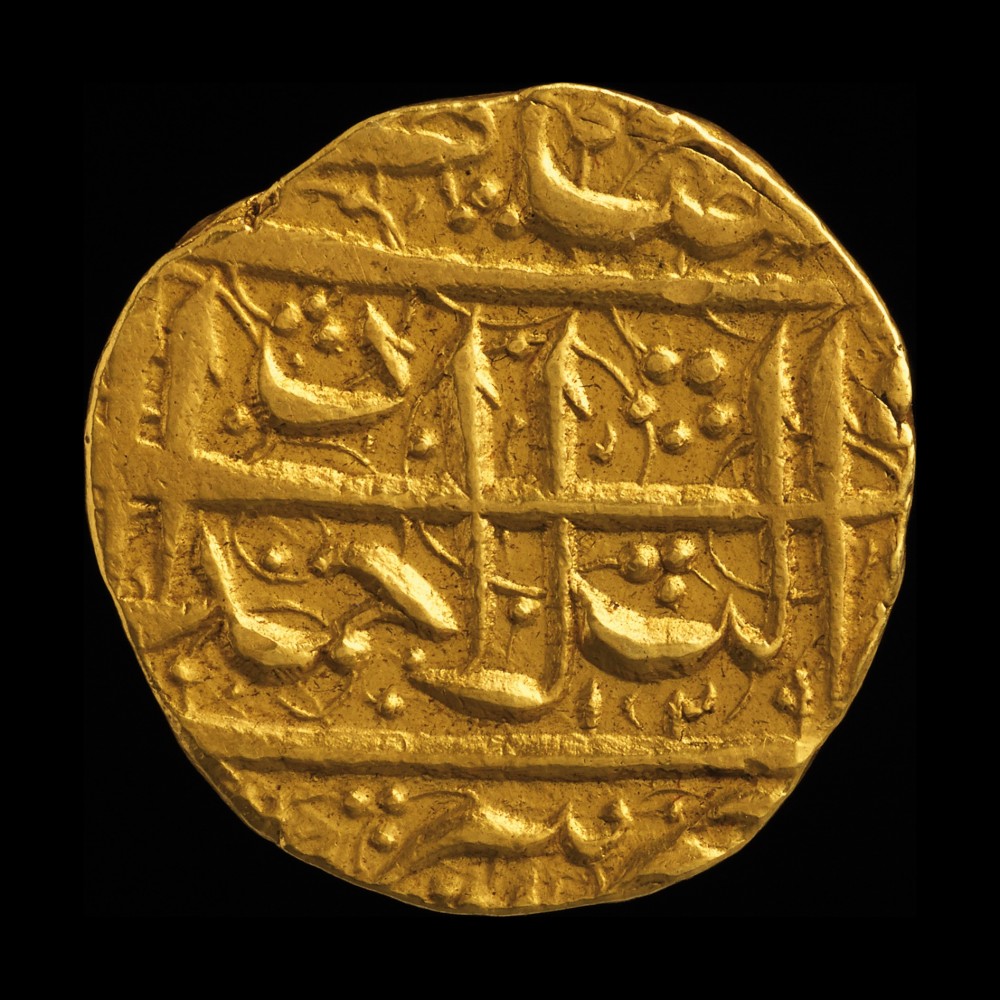 Taymur Shah, the father of Humayun and son of Ahmad Shah, left twenty-three sons at his death by at least five different consorts. With no firm laws of succession the struggle over who should accede to the throne became the usual free for all. The first claimant was Humayun, Taymur’s eldest son by a Sadozay mother. He was able to arrange for the Qandahar mint to strike this extremely rare coin before he was defeated and blinded by his half-brother Shah Zaman. Humayun then disappeared from the chronicles.  This coin should be dated 1202 H, but the anomolous date 1209 would suggest that Humayun had partisans who were able to strike it in his name during the reign of Shah Zaman. The name of the mint of Qandahar was changed by Ahmad Shah in the tenth year of his reign when he modestly named it  Ashraf al-Bilad (“The Most Honoured of Cities”) Ahmadshahi after himself.