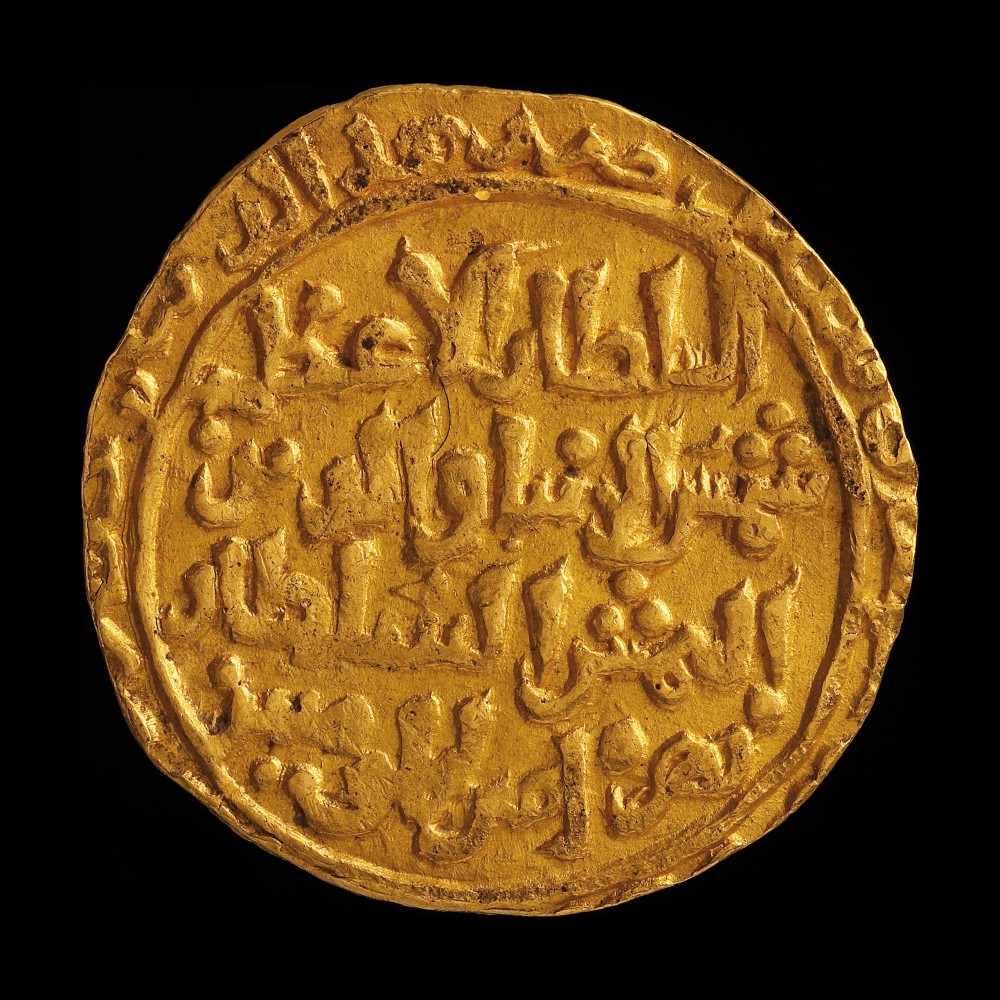 Within linear circle: al-sultan al-a’zam/shams al-dunya wal-din/ Iltutmush al-sultan/nasrat amir al-mu’minin “the supreme sultan, sun of the world and the faith, Iltutmush the sultan, helper (female form) of the commander of the faithful” 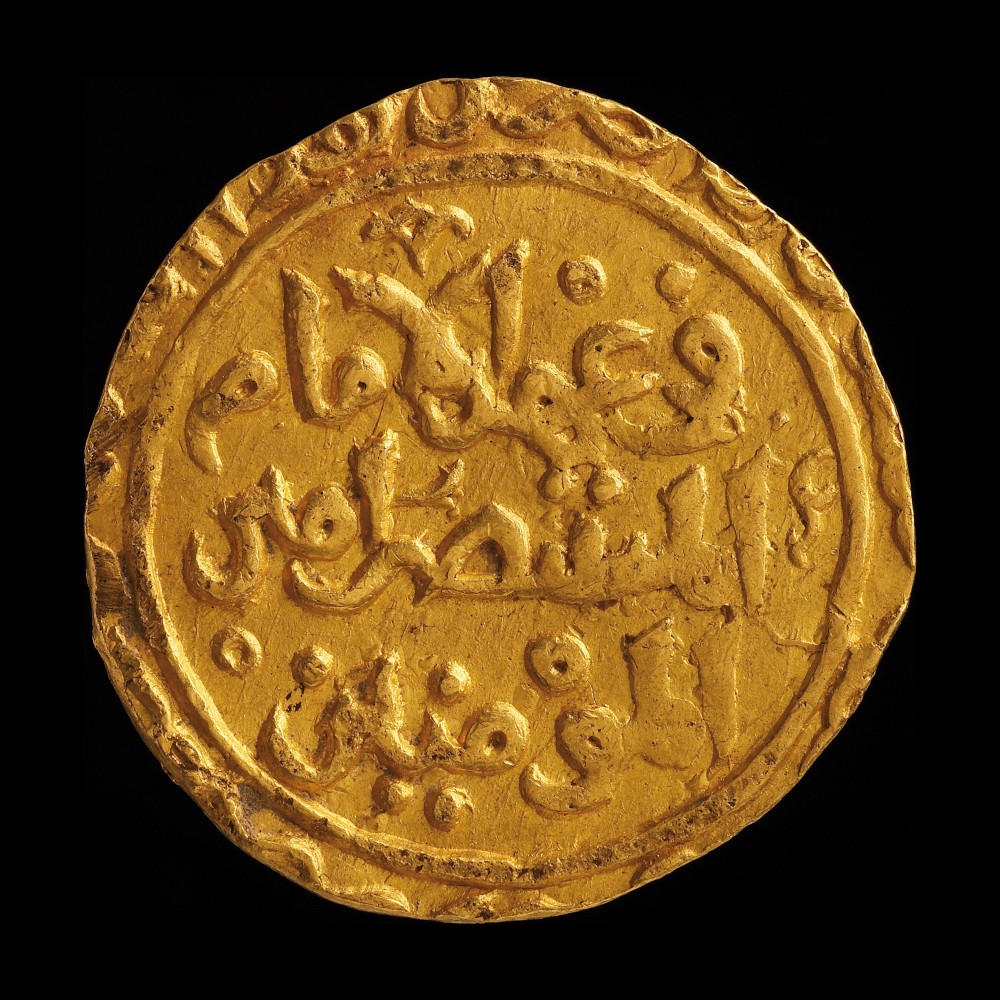 In linear circle: fi ‘ahd al-imam/al-Mustansir amir/al-mu’minin “in the time of the imam al-Mustansir, the commander of the faithful”

In margin: mint and date legend off flan

While silver coins are known of Radiyya Begum, this is only the second gold coin recorded from the brief reign of this remarkable woman. Radiyya Begum was the daughter of the Dihli Sultan Shams al-din Iltutmush. Before his death Iltutmush chose her to succeed him. Not surprisingly, the court and military did not approve of being ruled by a woman, and they insisted that the eldest son of Iltutmish, Rukn al-din Firuz, should accede to the throne. Firuz was both weak and irresponsible, as well as being under the influence of his scheming mother, and revolts broke out throughout the Dihli Sultanate. This disorder persuaded Radiyya’a partisans to support her claim to the throne, and after a reign of only six months Firuz Shah I was seized and put to death. Radiyya Begum, the only female ruler of Muslim India, successfully contended with more dissatisfaction at the beginning of her reign. However, she angered the Turkish nobles of her court by appointing an African to the post of Master of the Horse, which they considered gave him too much influence. This was the pretext they used for a rebellion against Radiyya, who was captured and imprisoned. The throne then passed to her half brother, Mu‘izz al-din Bahram, the third son of Iltutmush. The powerful nobles made sure that he only ruled as a figurehead, deposing him in 639 H/1242 CE after a reign of two years. The only evidence that this beautiful and exceedingly rare gold tanka can definitely be assigned to Radiyya’s reign is the word nasrat, which is the female form of nasir, in the phrase nasrat amir al-mu’minin. Using the name of her highly respected father instead of her own might have been intended to assuage those who disliked the idea of a female ruler.

88 Sultans of Bengal
Scroll to top