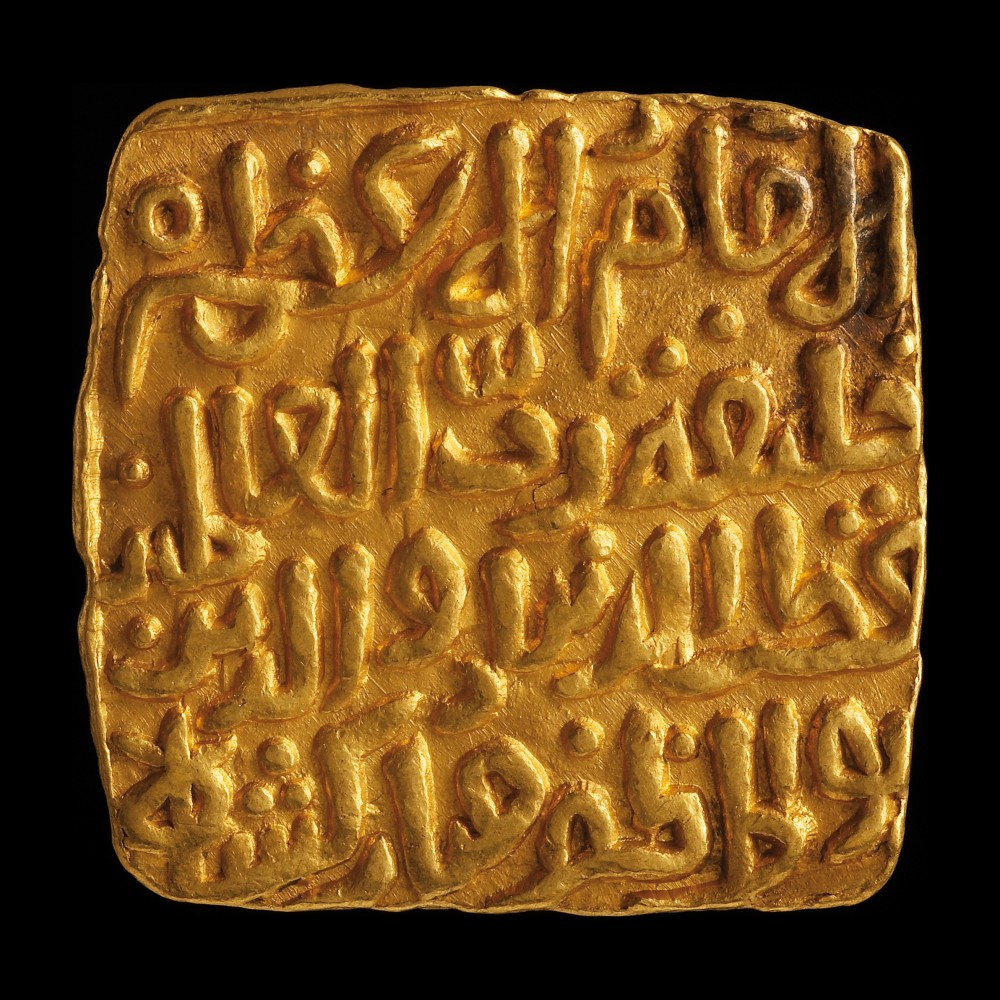 al-Imam al-‘azam/khalifa rabb al-‘alamin/qutb al-dunya wa’l-din/abu’l-Muzaffar Mubarak Shah “the most high imam, caliph of the lord of all creation, leader of the world and the faith, father of victory, the blessed shah” 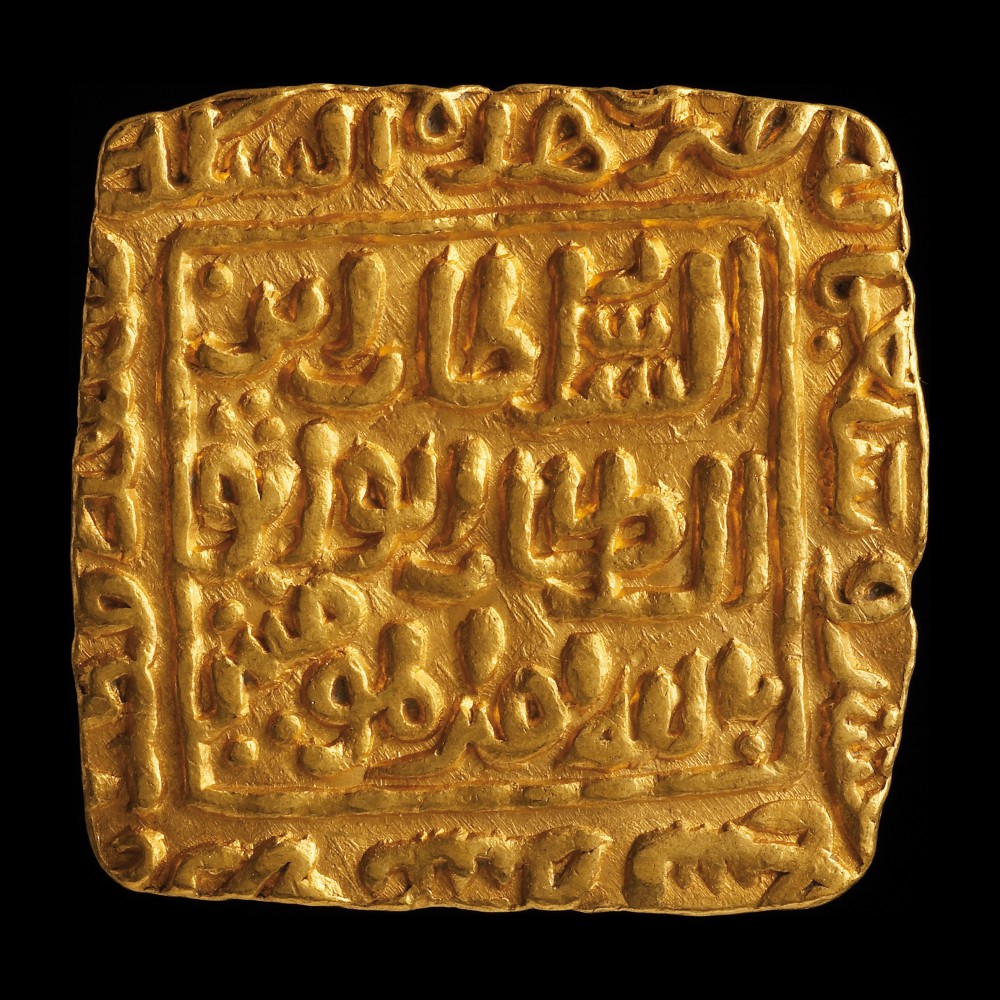 Although he was relatively unimportant politically, Mubarak Shah was numismatically one of the more interesting rulers of Dihli. On the death of his father, ‘Ala al-din Muhammad, the eighteen year old Mubarak was made regent for his brother, Shihab al-din ‘Umar, a child of about six. This was presumably because the latter’s mother was more favoured than was Mubarak’s. Mubarak refused to accept what was in effect a demotion and he had ‘Umar murdered. Unfortunately, Mubarak Shah was mentally unbalanced, and he let his newly acquired power go to his head. While his initial coins followed the design and wording of those of ‘Ala al-din Muhammad, on which he styled himself “the supreme sultan”, in 717 H he showed his growing megalomania by assuming the grandiose titles of “the supreme imam”, “caliph of the Lord of all creation”, “leader of the world and the faith”, “father of victory” and “the blessed shah”. Furthermore, he changed the name of his father’s most important conquest, Deogir in the Deccan, to “the Castle of Qutbabad”, using his own laqab as the name for the town. Not surprisingly, Mubarak became increasingly unpopular and after he had been on the throne for five years the Dihli Sultanate was plunged into a mire of bribery and corruption. In 720 H/1320 CE Mubarak was murdered by his favourite, Nasir al-din Khusraw Shah, who claimed the throne for himself the following day, thus ending the Khalji dynasty. Unusually the name of the mint master who struck this coin is known. Thakkura Pheru, was a Jain who had served under three Dihli sultans. His name was not on the coins he minted, but in 718 H/1318 CE he wrote a treatise on coinage, Examination of Coins, and the Jains went on to become bankers to the Sultans of Dihli.

90 Sultanate of Madura
Scroll to top