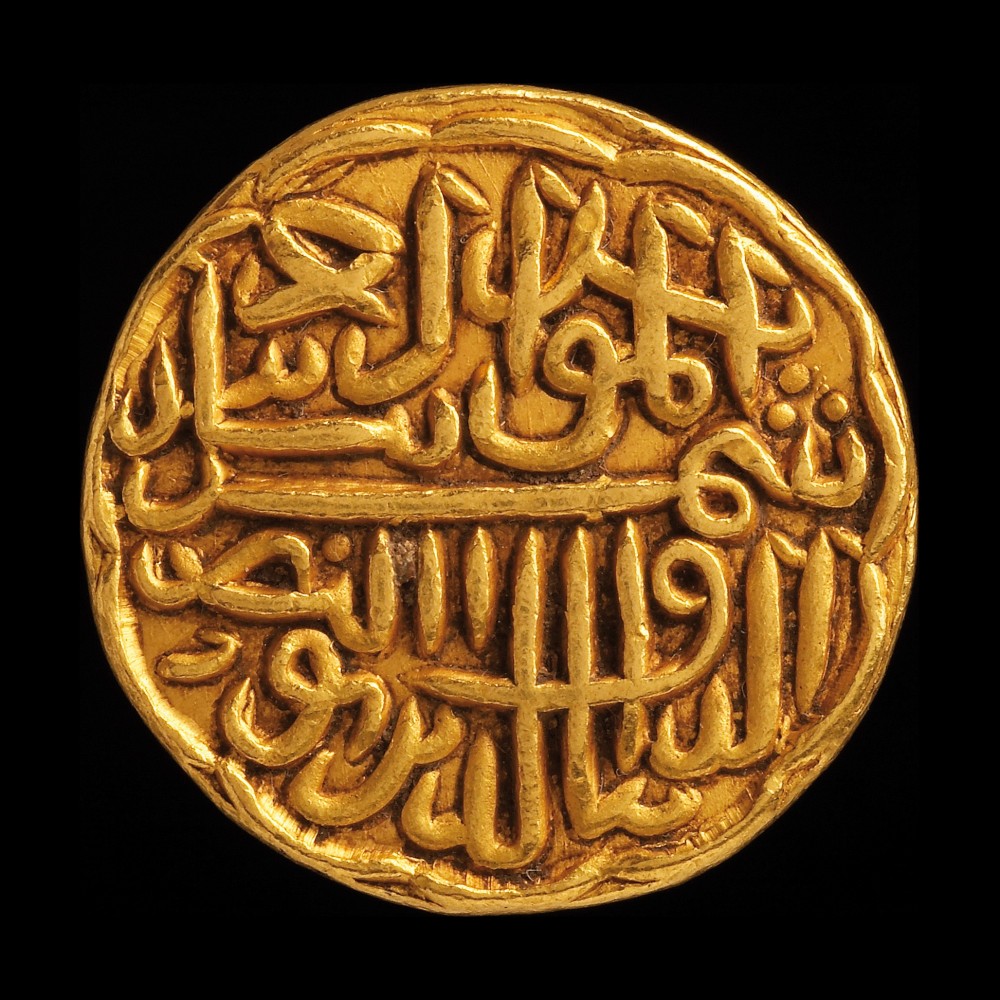 Within scalloped circle: al-mu’ayyad bi-ta’yid al-rahman Shams al-dunya wa’l-din abu’l-nasr “he who trusts in the support of the Merciful One, radiance of the state and the faith, father of victory” 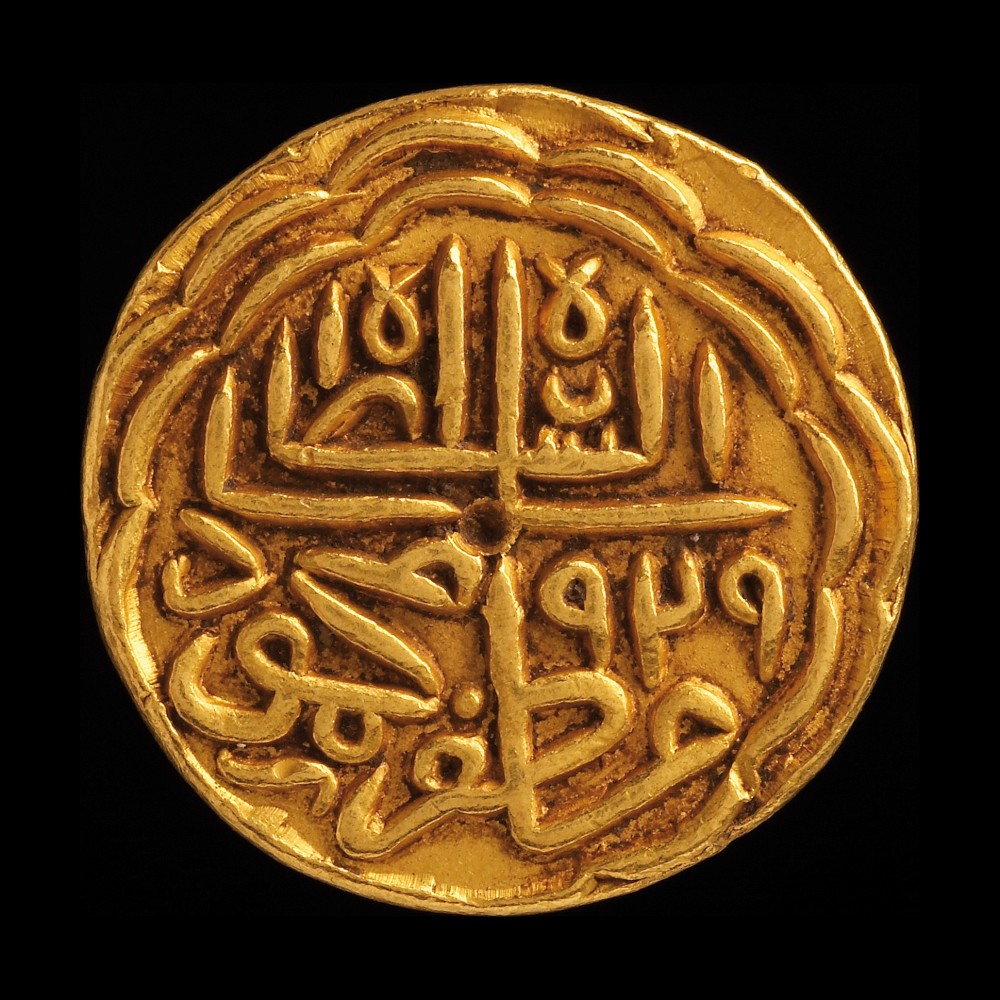 The province of Gujarat was ruled by governors appointed by the Sultans of Dihli, one of whom, Zafar Khan, was sent to restore order in the province in 794 H/1391 CE. However, he decided to take advantage of the rivalry between Mahmud ibn Muhammad and Nasrat Shah in Dihli, and declared independence in 798/1396. The early years of the state of Gujarat were spent in continuous conflicts with its neighbours, as well as struggles for the succession, but on the accession of Ghiyath al-din Mahmud Shah I, one of the most admirable of all the Indian sultans, the Sultanate entered into its period of greatness. In 890 H/1485 CE he seized the fortress of Champanir and renamed it Muhammadabad. He then turned his attention to the development of Gujarat.  Mahmud also granted the Portuguese a trading station at Dib (Diu) in addition to the one they already had at Goa. The sultanate became rich through trade on land and sea. Mahmud spent his wealth in beautifying Mustafabad and Muhammadabad which became centres of culture and learning. Mahmud was succeeded by his son Khalil Khan, who adopted the style Shams al-din Muzaffar Shah. While he was learned, pious and merciful, he lacked his father’s sternness and his reign saw repeated disturbances in neighbouring Malwa. As he grew older, Muzaffar “The Clement”, as he was known, became more religious and less vigorous. While small quantities of gold coins were issued in most years of his reign, they practically always lack a mint name, as does this beautiful and rare tanka.  It is likely that the mints of Mustafabad and Muhammadabad were active during his reign, as were those of Burhanpur and Khandesh. There was no fixed weight standard for Muzaffar’s coinage, and this piece could thus be categorised as a “heavy” tanka. Because of their high value and variable weight the gold coins would have to be individually weighed to ascertain their worth in silver or other goods.

95 Sultans of Kashmir
Scroll to top