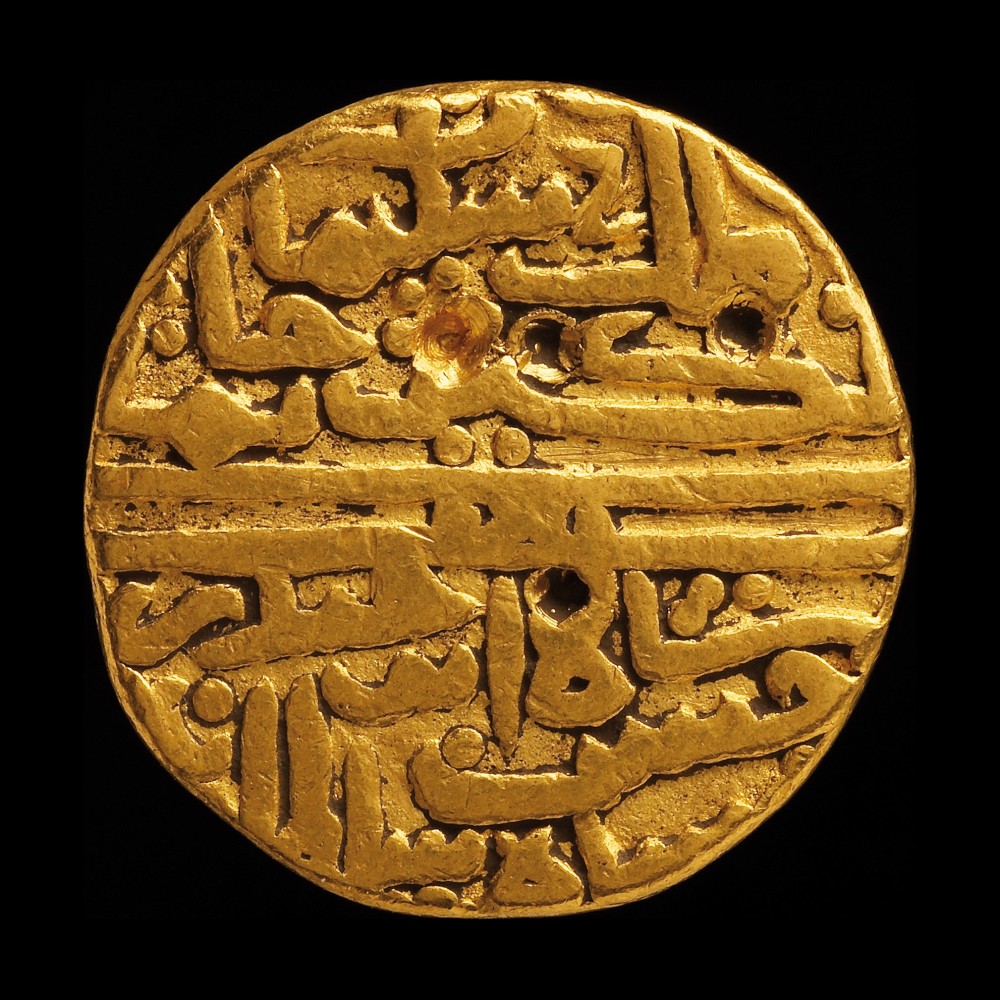 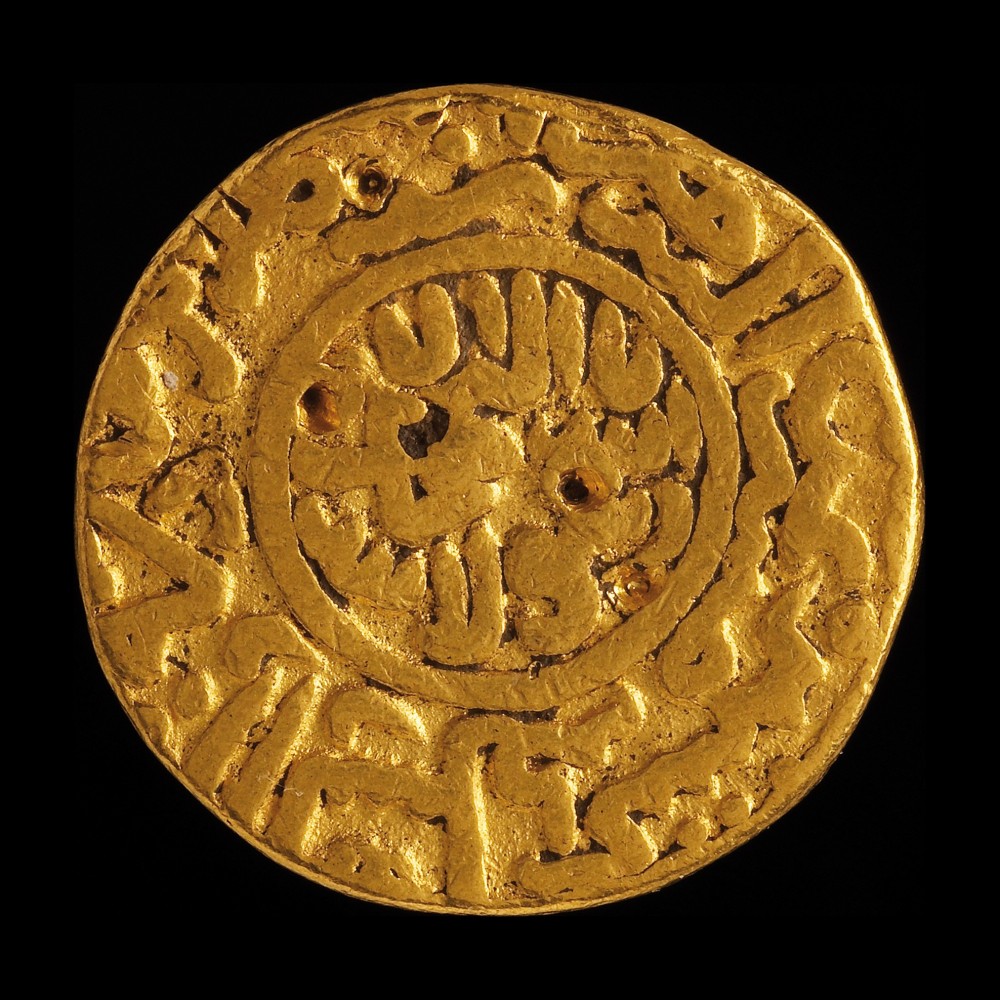 In field within linear circle: la ilah illa/Allah Muhammad/rasul Allah “no deity other than God, Muhammad is the messenger of God”

Kashmir is the name of a primarily Muslim province in northern India, bordering on the Himalayas, whose capital town is Srinagar. Kashmir acquired its first Muslim ruler when Shah Mirza, an adventurer from Swat, usurped the throne from the country’s Hindu ruler in around 747 H/1345-1346 CE and styled himself Shams al-din Shah. He reigned for three years and was succeeded by four of his sons. His grandson Sikandar acceded to the throne in 796/1393, and was the first Sultan of Kashmir to issue coins, which were no more than bronze pieces. Following the death of Sikandar in 823 H/1420 CE, his second son Shahi Khan, who took the name Zain al-‘Abidin, reigned for fifty years and struck the first Islamic coinage in his own name, all of which bore the fixed date 842 H. He was a wise and just ruler, but after his death in 872/1467 political life in Kashmir became chaotic. The son who succeeded him, Haydar Shah, was a worthless drunkard, whose governors mismanaged the country for two years until he was succeeded by his scholarly son Hasan Shah. He, too, was addicted to drink and it was during his thirteen year reign that Kashmir’s political situation deteriorated, with two factions in the court alternating in power, one of which supported Muhammad Shah, who had five reigns between 889 and 943 H/1484-1537 CE, while the other championed Fath Shah, who reigned three times between 892 and 923/1487-1517. Hasan Shah issued coins in gold, silver, copper and lead. As with all his gold, this very rare tanka bears the legend “signet of the kingdom, seal of Solomon”. The date is unclear, but it appears from other gold coins of this dynasty that it was issued bearing the year of the ruler’s accession.