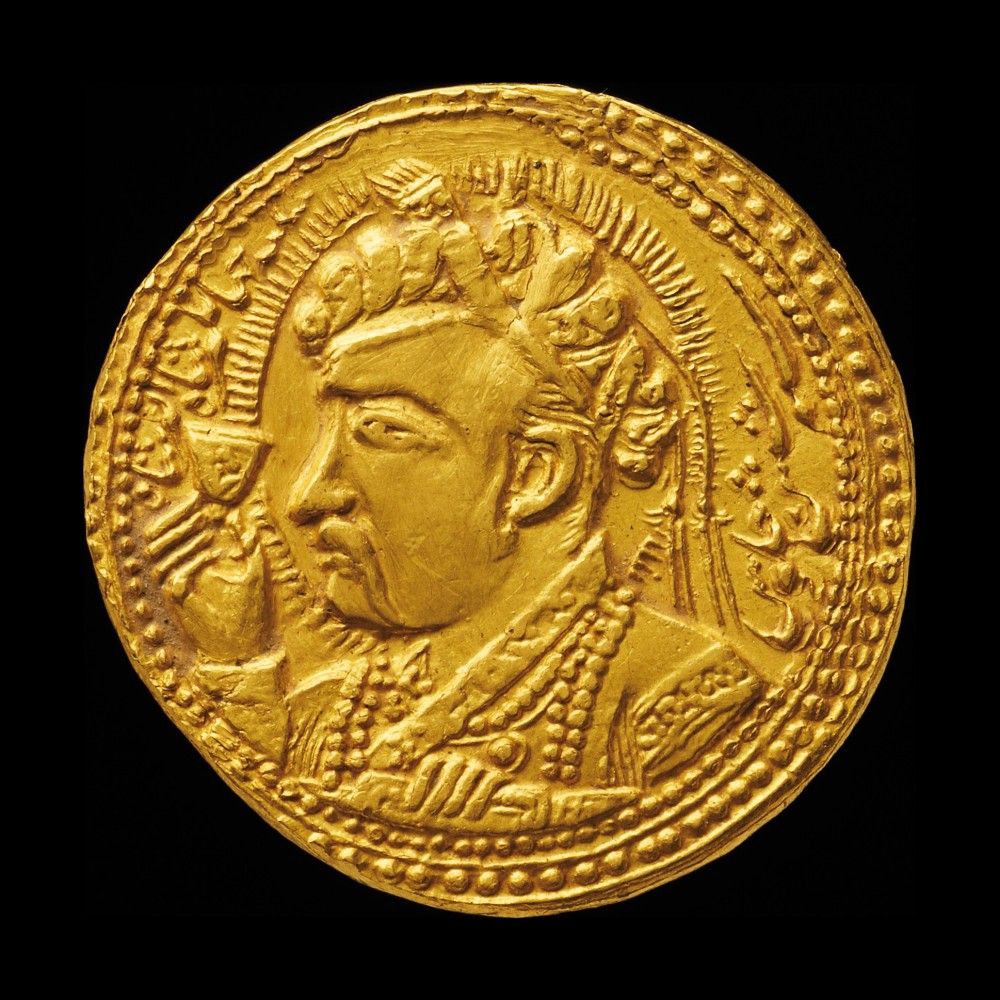 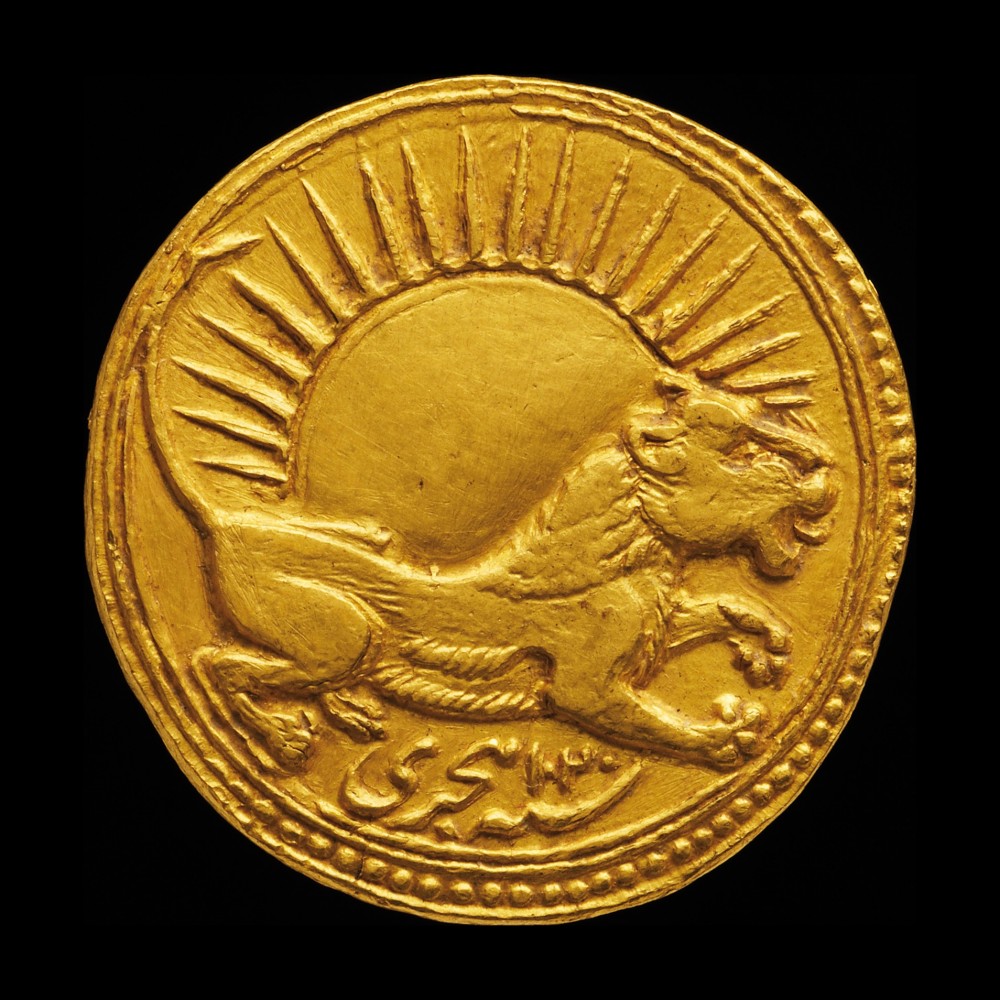 In field: lion advancing to right with sun in radiance rising behind (the sun in Leo)

Nur al-din Jahangir was one of the greatest coin designers and strikers of all time and there seems to have been no end to his ideas for making his coins interesting and original. In the sixth year of his reign Jahangir ordered that a piece of gold was to be stamped on one side with his own image and on the other with the figure of a lion with sun in radiance rising behind. These portrait muhurs were not intended to be used as circulating coinage, but marks of honour worn by his favourite amirs and boon companions. Jahangir also gave them to the English Ambassador Sir Thomas Roe and to a Frenchman, Austin de Bordeaux, who served in his court. On this coin Jahangir holds up a drinking cup in his right hand while his left hand rests on a book. It is unlikely to have been the Holy Qur’an, as has been suggested, because the combination of a wine goblet with the Holy Book would have caused outrage. Jahangir enjoyed drinking wine, but he prayed regularly, and as he would not have wished to offend his Muslim subjects, it is more likely that he would have been holding a book of verse. The striking of portrait muhurs, which were described by the pious as “Bacchanalian”, and Jahangir’s gold and silver coins bearing the signs of the zodiac, was never repeated by any of the later Mughal emperors. While Jahangir’s son and successor Shah Jahan issued beautiful coins, he did not share his father’s brilliance and flair when it came to their design, and Shah Jahan’s successor, the devoutly religious Awrangzib, put an end to the liberal artistic practices of his father and grandfather.