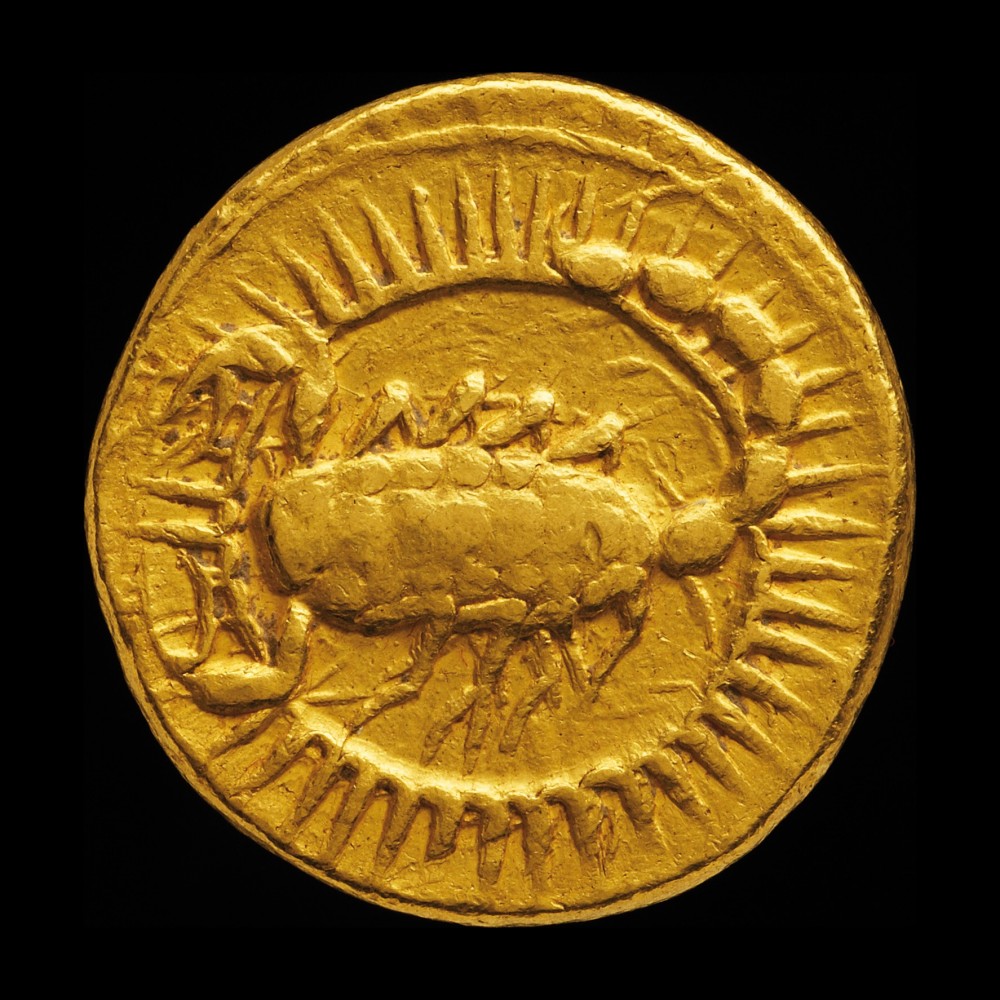 Scorpion with two claws, eight legs and extended tail to right on surface of the sun in radiance 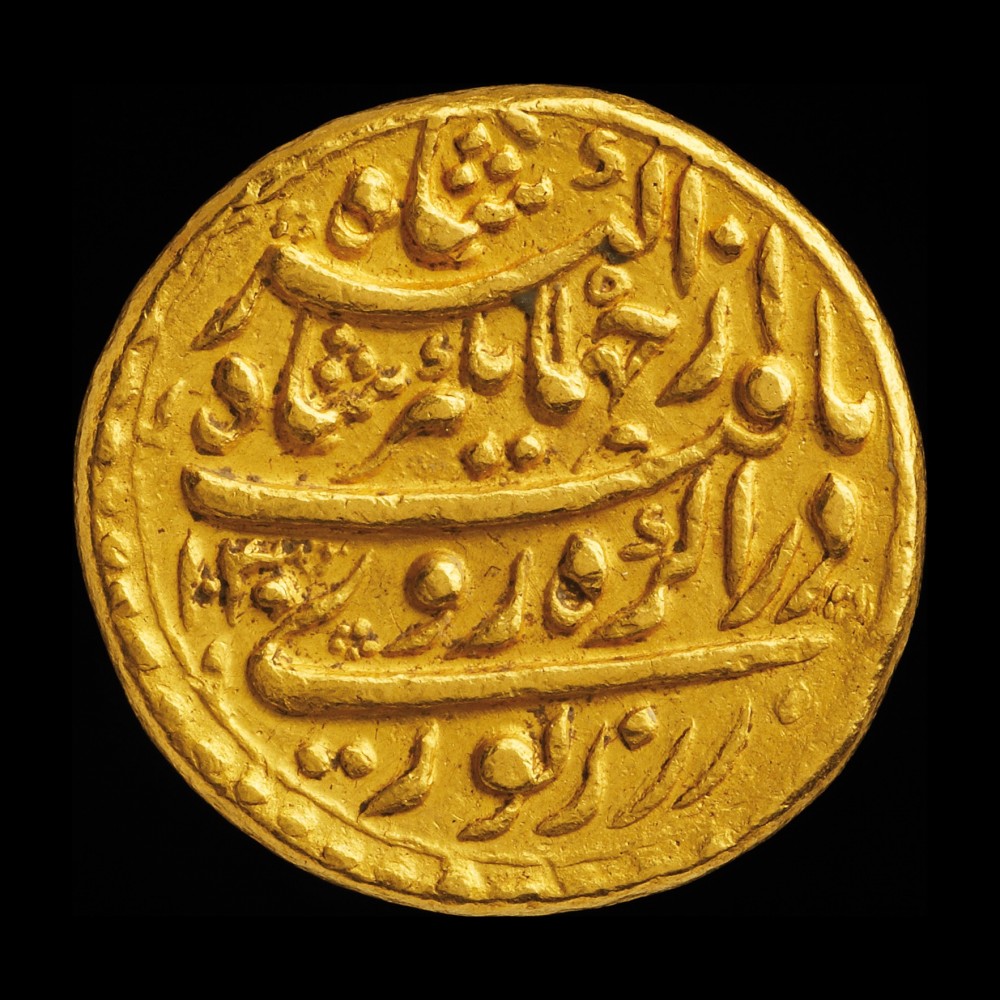 Jahangir’s decision to strike a zodiacal coinage can be explained by his belief that everything should be done in accordance with the advice of his astronomers and astrologers. Zodiacal silver rupis were struck for five months while Jahangir remained in Akbarabad. Gold muhurs appeared from the Agra mint between 1028 and 1034 H (1618-1625 CE), and a few gold issues are known from Urdu (the military camp mint), Fathpur and Lahore, the last one being struck in Jahangir’s twenty-second regnal year. The gold muhur zodiacal coinage is recorded from all twelve Persian months, with many variations in their designs. They proved so popular that they were widely imitated to meet the demand for them by those who wished to acquire coins that bore their own birth sign. All the regular issues of silver rupis are dated 1027 regnal year 13, and are limited to the first five signs of the zodiac. In the sixth month of 1027 H. Jahangir’s son, Shah Jahan, now Viceroy of Gujarat, who is known to have disapproved strongly of his father’s zodiacal coinage, discontinued their production in Ahmadabad. However, Jahangir continued the production of gold in Agra until 1034 H/1625 CE. Jahangir was an enthusiastic patron of the arts, and a collector of paintings and illuminated manuscripts. He employed court painters to make pictorial records of current events, and he almost certainly had the benefit of the most professional and talented die-sinkers working in his mints, who were responsible for his epigraphic coins for general circulation and the designs of his portrait and zodiacal coinage.

99 The Sultanate of Mysore
Scroll to top