The Sultanate of Mysore 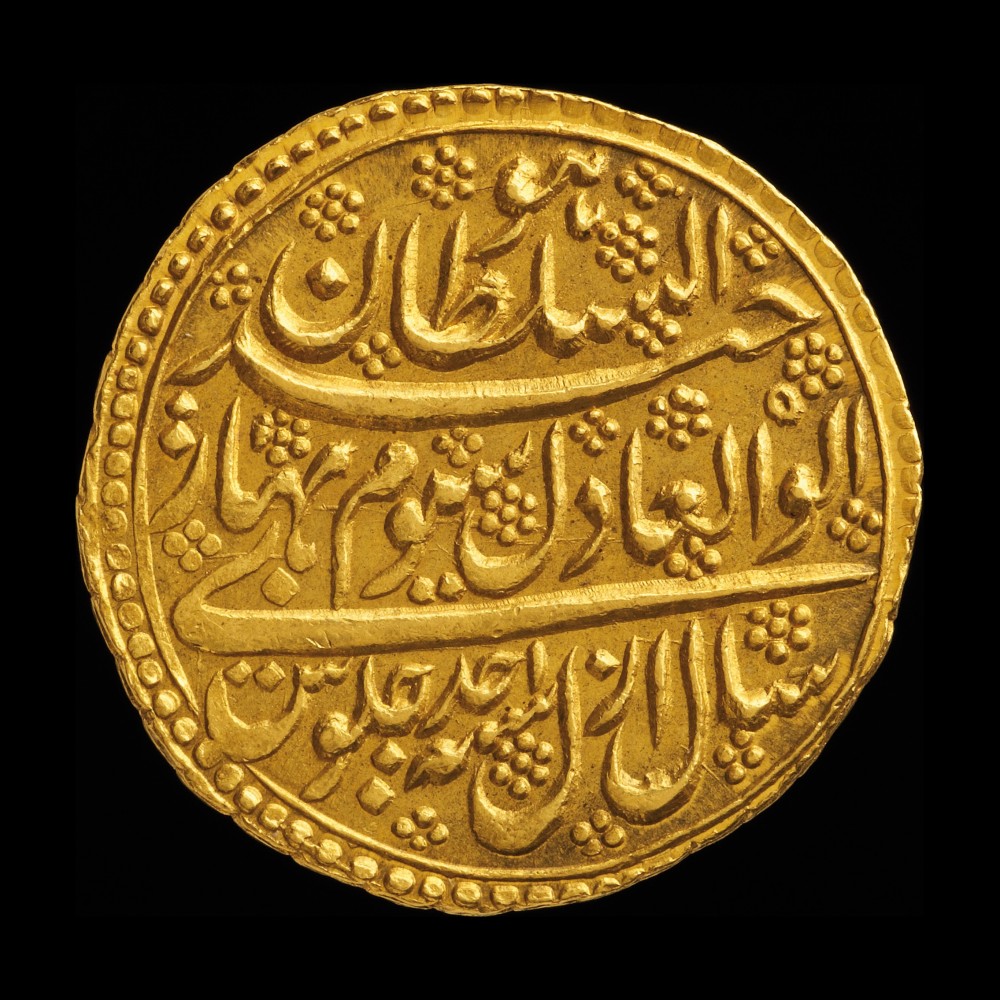 Within a beaded circle: huwa (Tipu)/al-sultan/wahid/abu’l-‘adil siyum bahari/sal azal sanat ahad julus “he (Tipu) the unique, the sultan, the father of justice, the third of spring the year of eternity the first year of accession” 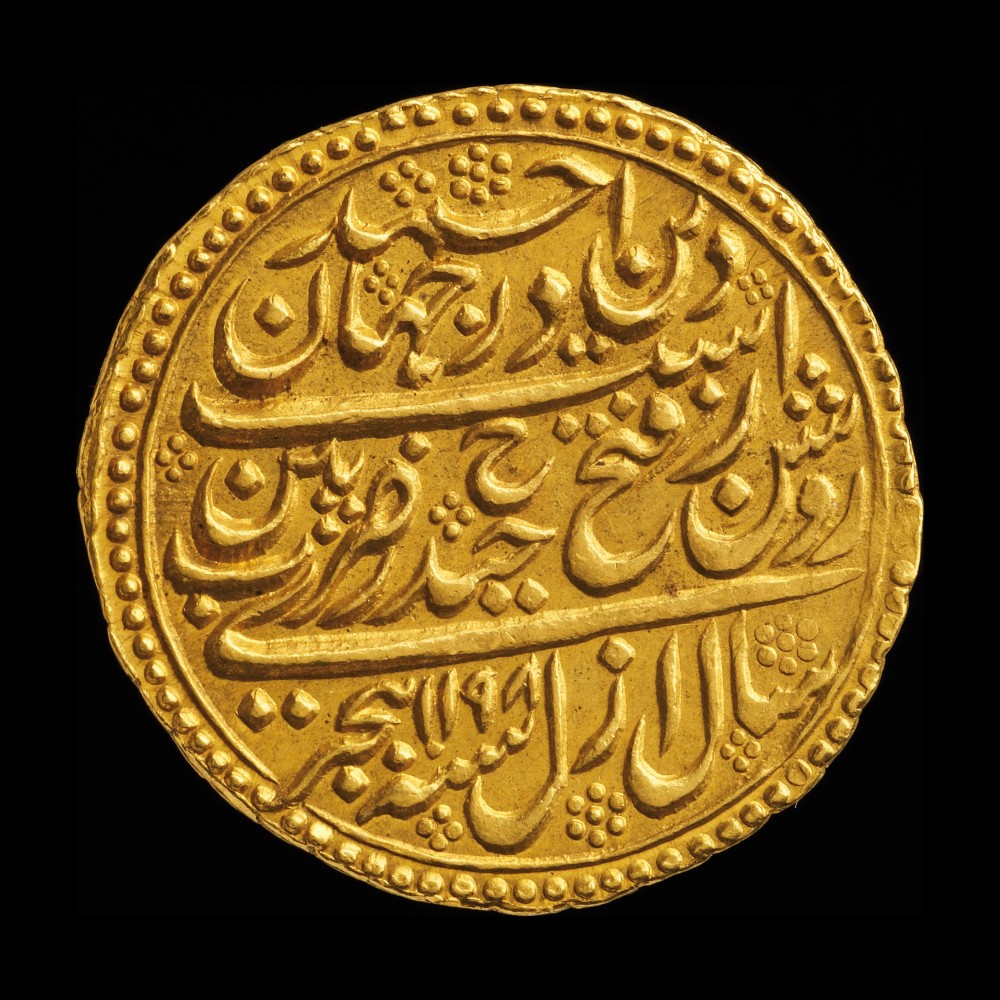 Within a beaded circle: Ahmad/din dar jahan/ast/rashan zi-fath haydari H darb Pattan/sal azal sana 1198 hijri “The most praiseworthy religion in the world is illuminated by the lion-like victory of H struck in Pattan in the year of eternity in the year 1198 of the Hijra”

Tipu Sultan struck a wholly original and remarkable coinage unlike any other in the Islamic world.  These included four denominations of gold, seven of silver and five of copper. The large-size muhur is extremely rare, the smaller less so, the silver very rare and the copper quite common. Tipu Sultan’s  coinage is technically anonymous, bearing only the word huwa (he), which at first sight, through a technical error, could be read as Tipu H, referring to Tipu’s father Haydar ‘Ali. Haydar (meaning “lion”) was a man of great natural ability, especially in war, but he was illiterate and unable to write his signature beyond the first letter of his name, H, which is seen on both his own coinage and that of his son. Tipu’s eccentric dating system records that he acceded to the throne on the third day of the second month of the thirty-seventh cyclic year. This year commenced on 2 April 1783 CE (1197 H) and the date of Tipu’s enthronement therefore corresponds to 4 May of the same year, after his great victory over the British. Curiously, this day was also the one on which Tipu died sixteen years later. Tipu simply adopted the Hindu calendar in common use in Mysore, which had a cycle of sixty years, and substituted Arabic names for the Hindu ones assigned to the cyclic years and months. It is hardly surprising that many regarded Tipu Sultan as highly eccentric, if not half mad. This beautiful gold coin appears to be previously unrecorded.

100 Kings of Awadh
Scroll to top